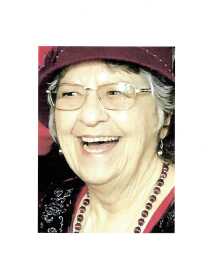 Gaylene Gries was born June 9, 1943 to Gail and Hazel Gries in Emmett, Idaho and lost her battle with cancer on July 13, 2020. Gaylene moved to Mountain Home when she was in elementary school and spent her life here with the exception of 2 years in England in her early teens where her step father was stationed. She worked as a waitress in many local establishments until graduating from business school in Boise. She owned and operated a woman’s apparel shop until she and former husband Gary Rhodes started G&G tires. She had a tendency to get bored with doing the same thing over & over causing her to have many careers over the years. Her favorite being her bookkeeping business. She continued to work for Tracy Real Estate and Airport Storage until March 2020.

Gaylene was active in may local organizations and usually, although she tried not to, ended up being one of the leaders. She served as the BPOE 2276 Elkettes secretary and President, and Hospital Auxiliary President for 2 years, Grace Lutheran Church board member and Christian & Baptist Church board member. Gaylene found her passion in 2003 when the Vivacious Violet Red Hat chapter was formed. Purple cloths and red hats became her favorite attire. She loved the celebrations and tea parties that were so much a part of being a Red Hatter. She helped lead the Violets as Vice-Queen and then Queen, loving every moment of it. It was her mission that newcomers she came across had an opportunity to make new friends in the area to have fun with. She loved exercise, her favorite being line dancing and Fit and Fall proof classes of which she became a facilitator until side effects of her cancer forced her out of that role. She also took pride in being a founding member of the Daughters of the American Revolution Rattlesnake Creek Chapter.

Gaylene is survived by her son, Samuel N Terkla (Dana) of Missoula, MT; daughter, Tamera L Bevell of Mountain Home; brother, Michael Sveda (Kathy) of Christophr, IL; 5 grandsons including Terry Duren and Levi Roberson of Burley, who spent special time with her and often helped care for her during her illness. She was preceded in death by her parents and 2 brothers Gary and Gerald.

A graveside service was held at Mountain View Cemetery in Mountain Home on Friday, July 17, 2020. Services are under the care of Rost Funeral Home, McMurtrey Chapel. Donations may be given in Gaylene’s name to Christian & Baptist Church or the American Lung Association of lung cancer research.