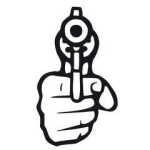 UPDATE: No further information has been released at the time we went to press with the July 22, issue of the Mountain Home News.

On July 14, 2020 Elmore County Detectives arrested two juveniles in connection to a shooting in Elmore County. The suspects names cannot be released due to both being under the age of 18.

One suspect will be charged with two counts of attempted murder.

The second suspect will be charged with conspiracy to commit aggravated battery.

There were two victims that suffered non-life-threatening injuries.

For the privacy of the adult male his name is being withheld at this time.

No further information was available.