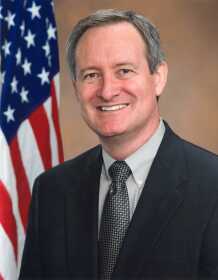 A 2016 report from the U.S. Department of Justice (DOJ) indicates that more than four in five American Indian and Alaska Native women and men experience violence in their lifetimes; American Indian and Alaska Native women are also two times more likely than other groups to experience rape or sexual assault; and they are two and a half times more likely to experience violent crimes in their lifetimes.

While recognizing information on the number of missing Native Americans in the United States is limited, the Senate Committee on Indian Affairs included these alarming statistics in a report on S. 227, Savanna’s Act. The legislation is named for Savanna LaFontaine-Greywind, a 22-year-old member of the Spirit Lake Tribe of North Dakota murdered in 2017. The Committee reported, “While Savanna's tragic death became widespread news, many other Native Americans go missing or are murdered each year.” However, DOJ and the Bureau of Indian Affairs' Office of Justice Services (BIA-OJS) told the Committee that many of those cases go unreported or unresolved.

The bipartisan legislation would direct the DOJ to formulate new guidelines for addressing and reporting cases involving missing and murdered Native Americans;

Tribal access to federal crime information databases would be improved; and

Certain federal agencies would be required to seek recommendations from Tribes on enhancing the safety of Native women.

My fellow members of Idaho’s Congressional Delegation are also co-sponsors of Savanna’s Act. Senator Jim Risch (R-Idaho) co-sponsored S. 227, and Representatives Mike Simpson (R-Idaho) and Russ Fulcher (R-Idaho) are co-sponsors of the corresponding legislation, H.R. 2733, introduced in the U.S. House of Representatives. On March 11, 2020, the Senate passed S. 227 with an amendment by unanimous consent.

Similarly, the Senate unanimously passed S.Res. 606. Senator Risch and I also co-sponsored this bipartisan resolution emphasizing national awareness of Missing and Murdered Native women and Girls. When proclaiming May 5, 2020, Missing and Murdered American Indians and Alaska Natives Awareness Day, President Trump detailed some of the Administration’s actions to address this issue, including the following:

The BIA-OJS “is equipping officers to handle long-standing cold cases and child abduction investigations, including positioning Special Agents on cold‑case task forces in strategic locations throughout the country;” and

An interagency task force is “developing an aggressive government-wide strategy for ending the cycle of violence and providing grants to improve public safety in American Indian and Alaska Native communities.”

These efforts build on the increased recognition of this problem reflected in federal statute and policy. I was the lead Republican sponsor of the Violence Against Women Act reauthorization in 2013 that granted Tribal jurisdiction over domestic violence crimes committed on reservations, which was instrumental to ensuring Native women have the same protection from domestic abuse as all other women in the U.S. Improving the response to cases involving missing or murdered Native Americans will remain an important issue as work continues to enable justice for those missing and murdered and their families.