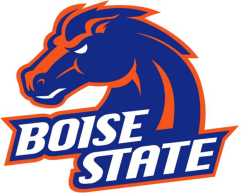 BOISE, Idaho (AP) _ Multiple student-athletes at Boise State University have tested positive for COVID-19 after some teams started returning to the Idaho campus for workouts, the university said Monday.

The university declined to say how many or what sport those athletes played, citing federal privacy laws, the Idaho Statesman reported. The Statesman previously reported that the football and women's soccer teams started to return to campus last week for volunteer workouts.

``There were multiple positives and those individuals will follow the advice of health care providers before returning to campus and joining their teams for voluntary workouts,'' the university said in a statement.

About 40 student-athletes underwent COVID-19 testing before voluntary workouts could begin, university spokesperson Joe Nickell said. Workouts were held Monday for those who did not test positive and passed a medical screening.

``Any student-athlete that was potentially exposed will not return to campus for physicals and clearance until follow-up testing determines it is safe for them to return,'' Nickell said.

For most people, the new coronavirus causes mild or moderate symptoms, such as fever and cough that clear up in two to three weeks. For some, especially older adults and people with existing health problems, it can cause more severe illness, including pneumonia and death. The vast majority of people recover.