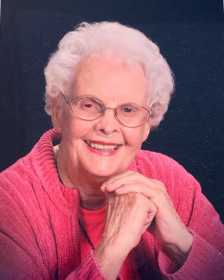 Rosmary Elaine Robinson was born June 18, 1929 to James Ward Robinson and Angela LofquIst Robinson, in Telluride, Colorado. She was the fourth of seven children.

Rosmary started her adventure home to her father’s ranch from the hospital on the Rio Grande Southern narrow gauge railroad. She spent her first 26 years of her life in the cattle business with her father on the Bear Creek Ranch in Colorado.

In November of 1955, Rosmary was united in marriage with Mckinley Phelps Jr. of Dolores, Colorado, the couple moved to Denver, Colorado, where they had two sons together, Carl Bruce Phelps and Preston Kelly Phelps. This marriage ended in 1961. Rosmary met Albert Leo Hopkins on a Blind date and the two were married March 8, 1963, where this marriage united Rosmary with three more sons. Mark Robert Hopkins, Kenneth Alan Hopkins, and Dale Roger Hopkins. In 1965 Michael Paul Hopkins was born to Albert and Rosmary completing their family of 6 sons. They spent 31 years of marriage together, Albert Hopkins was deceased on September 4, 1993.

Rosmary was very active in Our Lady of Good Counsel Catholic Church. She loved meeting with her friends for breakfast, bible study, scrabble games, and much more. She would volunteer her time at the local schools in Mountain Home to help teach kids to read. She was also very active in the outdoors. She loved taking time to visit her cabin in Colorado and spending time fishing in the river next to the cabin. She loved taking trips to the mountains where she could watch wildlife and pick wild berries to eat. She was a lady of many trades. She always made sure everyone had plenty of cookies when over at the house. Rosmary had her famous rolls and canned peaches she would make that everyone loved.

Rosmary was a very giving and loving person in life, always willing to share her love for Jesus with everyone. She will be greatly missed.

Rosmary is preceded in death by her parents, one brother, three sisters, one son, one grandson, and one great granddaughter.

Memorial contributions can be made in Rosmary’s name to Saint Vincent de Paul of Our Lady of Good Counsel food pantry at P.O. Box 802, Mountain Home, ID 83647.