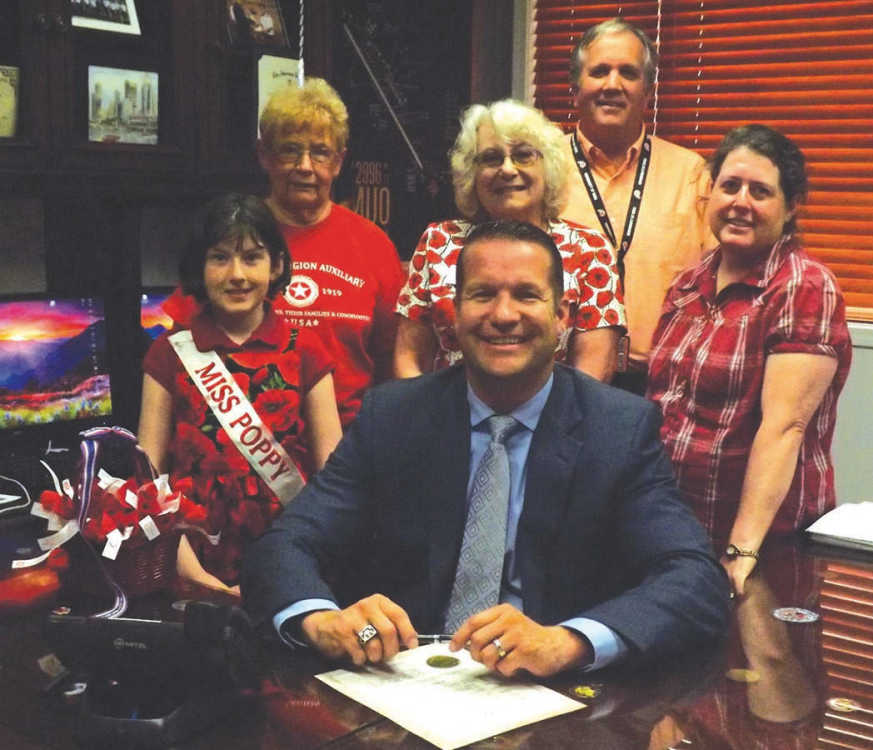 Mayor Rich Sykes is joined by Miss Poppy Natalie Baublitz, American Legion Auxiliary 26 members Carmen Metzer and Tristian Baublitz, Department of Idaho Legion Auxiliary Chairwoman Linda Blanton and city councilman Matt Bundy as he prepares to sign a proclamation declaring May 26 as Poppy Day in Mountain Home. The red poppy remains a symbol of the sacrifice of lives the nation's military has endured in all wars since World War I. In signing the proclamation, the mayor asks all citizens pay tribute to those who have made the ultimate sacrifice in the name of freedom by wearing the memorial poppy on Saturday. Residents can get their red poppies at D & B Supply, Albertsons grocery store and at the local farmers market.