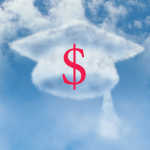 The Mountain Home School District will receive $778,777 as its part of an $85 million surplus that the state is enjoying due to increased revenues as the economy begins to recover.

But it probably won't help restore any of the programs that were cut for this fall's school year.

The state is allocating $68 million of that surplus to public schools and community colleges to fulfill commitments to the federal government to maintain funding levels, a commitment made when the state accepted $51 million last year to help preserve teachers' jobs....

Because of the timing in the budget process of the unexpected additional revenue from the state, it would be difficult for the district to reallocate the funds. The budget for the school year that begins next month is essentially already set.

School board chairman Jim Alexander said the board of trustees will begin discussing how to use the money, but he suggested that "what we're likely to do is just put it in the general fund, hopefully to offset some of the losses we've had.

"We're probably not going to be restoring any of the programs we cut."

He said, he expected the bulk of the funds would be carried over to the next fiscal year to help reduce the amount of money the district is expected to ask the voters for when it seeks to renew its supplemental levy next spring.

Comments
View 4 comments
Note: The nature of the Internet makes it impractical for our staff to review every comment. Please note that those who post comments on this website may do so using a screen name, which may or may not reflect a website user's actual name. Readers should be careful not to assign comments to real people who may have names similar to screen names. Refrain from obscenity in your comments, and to keep discussions civil, don't say anything in a way your grandmother would be ashamed to read.
Respond to this story