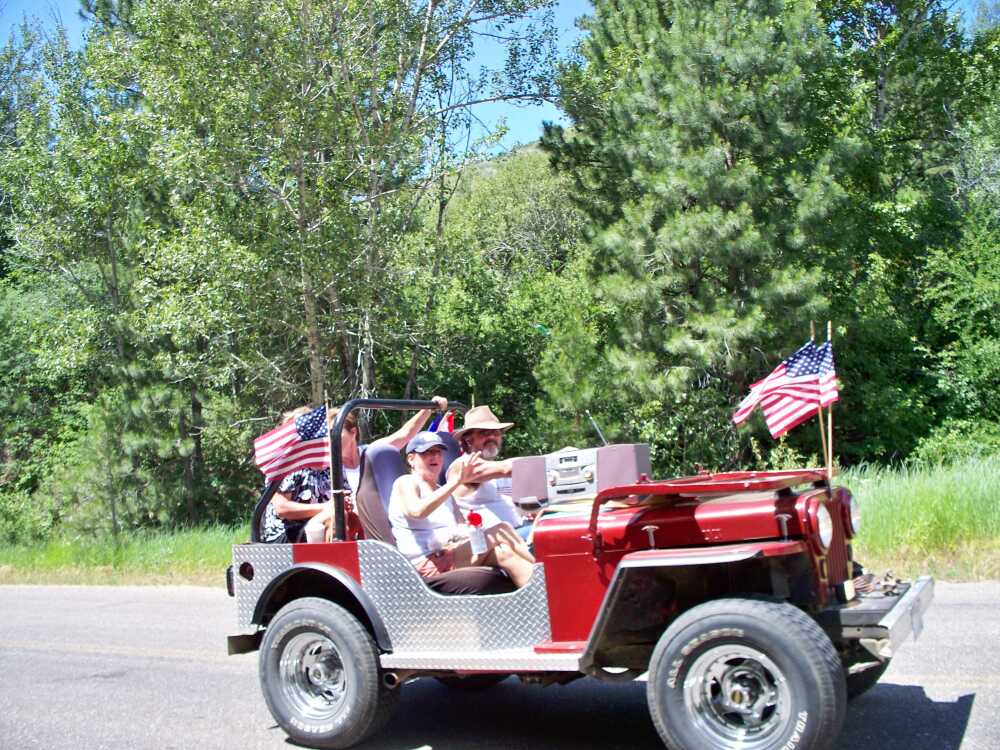 Nearly every day, we hear about a courageous act of valor carried out by an individual. To most people, who are called a hero, they simply state that they did what they had to do in order to save someone. My heart goes out to those families who recently lost their loved ones in Arizona.

I am also paying tribute to our dear friend Joe Howard who passed away a few months ago. He served his country loyally and deserves mention in our salute to Unsung Heroes.

When we stand up to salute the flag, it is our opportunity to reflect upon the sacrifices of our military; our firefighters, policemen and first responders. We acknowledge the dedication of all those who have given their lives for the freedoms of this great nation.

We salute every generation who embraced being an American by tendering their talents and crafts to the very fabric of our country. They were Farmers, Ranchers, Inventors, Industrialists, Mothers & Fathers. Many came over from the old country determined to make a new start in this new and promising land with only the clothes on their back and a burning desire for freedom and a better future for their children.

Our flag has been in many battles. It has been spit upon, burned and defaced, but the colors will never run, because our Nation always comes together when it matters the most.

I consider it a privilege to stand to attention when our American Flag is presented. It is an honor to see Her Bright and Brave Colors go by. By our own example of respect, we can teach the younger generation the importance of our history and the stories of bravery and courage of our forefathers.

America is not without flaws or poor choices, but we have been blessed without measure for over 200 years. How do we begin to repay those sacrifices? Taking a refresher course on American History, Flag Etiquette, and our constitution might be a good place to start. What better place to begin, but with how an American Flag should be treated by individuals?

1. "The Flag should be lighted at all times, either by sunlight or by an appropriate light source."

2. "The flag should be flown in fair weather, unless the flag is designed for inclement weather use."

3. "The flag should never be dipped to any person or thing. It is flown upside down only as a distress signal."

4. "The flag should never be used for any decoration in general. Bunting of blue white and red stripes is available for these purposes. The blue stripe of the bunting should be on top."

5. "The flag should never be used for any advertising purpose. It should not be embroidered, printed or otherwise impressed on such articles as cushions, handkerchiefs, napkins, boxes or anything intended to be discarded after temporary use. Advertising signs should not be attached to the staff or halyard."

6. "The flag should not be used as part of a costume or athletic uniform, except that a flag patch may be used on the uniform of military personnel, fireman, policeman and members of patriotic organizations."

7. "The flag should never nave any mark, insignia, letter, word, number, figure or drawing of any kind place on it or attached to it."

8. "The flag should never be used for receiving, holding carrying or delivering anything."

9. "When the flag is lowered, no part of it should touch the ground or any other object; it should be received by waiting hands and arms. To store the flag it should be folded neatly and ceremoniously."

10. "The flag should be clean and mended when necessary."

11. "When the flag is so worn it is not longer fit to serve as a symbol of our country, it should be destroyed by burning it in a dignified manner."

Sigh, I think that I have broken a few of those rules myself.

We will celebrate the 4th of July with parades, family dinners and fireworks on Thursday. Please take a moment to remember the fallen, the wounded warriors and those who are currently in service to our nation.

I am of the opinion that we should never allow our heritage to be trampled upon by unthinking and disrespectful individuals.

Being an American is an honor to me. I love the history and the traditions. I hope that I am as successful in teaching my grandchildren these facts of history and etiquette as my parents and teachers were during my formative years.

Enjoy your celebrations and take care.