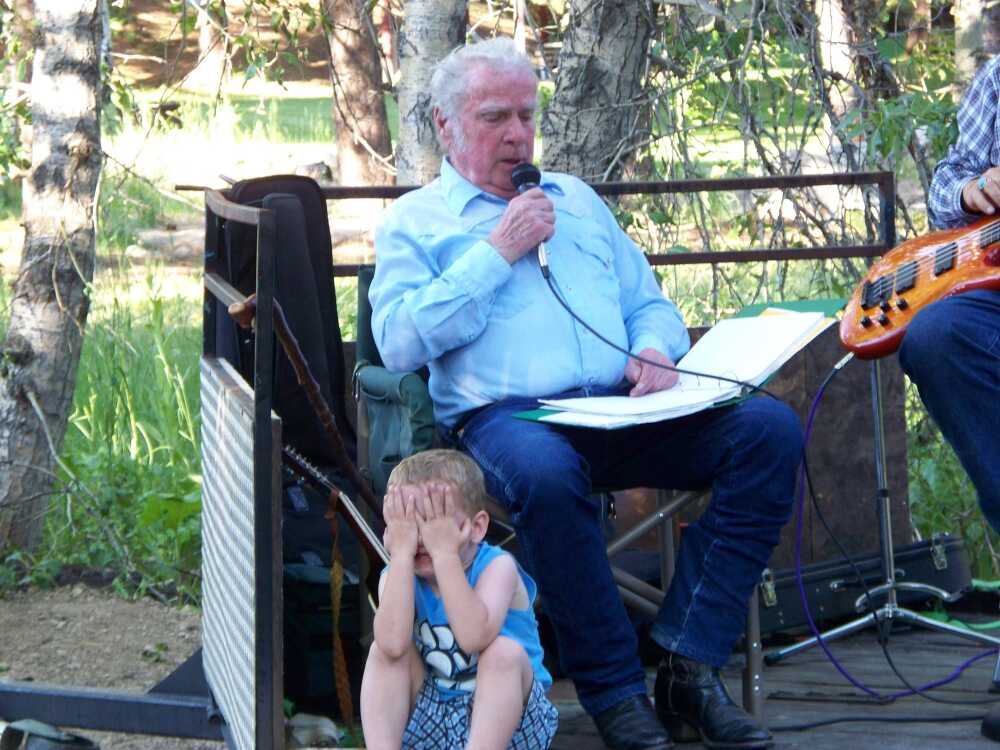 Santa Claus was very real to me until I got into the 6th grade. He wrote all of us kids letters when he couldn't supply a certain toy or Christmas Wish.

That might make me seem naive and perhaps I was. I liked the illusion and magic of Christmas. Mom and Dad were pretty creative about explaining seeing Santa Claus coming out of helicopters or walking down the street in Gooding or Twin Falls. Santa couldn't be everywhere, so he had helpers.

My daughter Kelly at the age of 3 nearly bowled a Santa over at a McDonald's. I don't think that he liked it all that much. She didn't get a lump of coal in her Christmas Stocking though.

Do we actually know anyone who got a lump of coal or was considered really, really, bad before Christmas? I know that I could have given my own children away a few times from the first part of December to the wee hours of Christmas Eve.

We actually got a visit to our home by Santa Claus when I was about 4 or 5. To say the least, it was an awesome experience! The adults even tried to claim that his reindeer and sleigh were just outside our door. We kids, pretended to "see" them off in the distance.

It was many years later, that Bev and I realized that our "Santa" was Dale Smith, a neighbor's son-in-law.

Free movies were offered at the Opera Theater in Glenns Ferry. As we all know, Santa is only quiet when he is putting presents under the tree. Before the movie was even over, everyone would hear a commotion at the back of the theater. And then quick as a flash! There was Santa running down the aisle, leaving screaming and excited kids in his wake.

Those were the days! No Retail Nightmares like; door-busters or Black Fridays, just Santa Claus. You only saw commercials for kids toys on Saturday Mornings during the cartoons.

Our mothers made us write a list out. We poured over the Christmas Catalog and dreamed. The hottest toys out there could be found at King's Department Store or Western Auto.

It is during the month of December that I miss our Dad the most. He was as excited as we were about Christmas. And Mom said that even after we all left home, you could be sure that he would wake up and try to open a present or two as quietly as possible.

As I have said before, there are no gifts that can match what God has given us with His Only Begotten Son. But one of the most wonderful gifts that our family received growing up was hearing our Dad's voice in the wee hours of the morning. "Get Up, Get Up, It's Christmas!".

Tonight, I am wrapping a mental gift for Dad. It rattles a little and has an odd shape. I am pretty sure that my sister Bev knows what it is. No matter how hard we tried to disguise our annual gift, Dad always guessed.

He couldn't resist teasing us a little before announcing: "It's a package of Socks!"