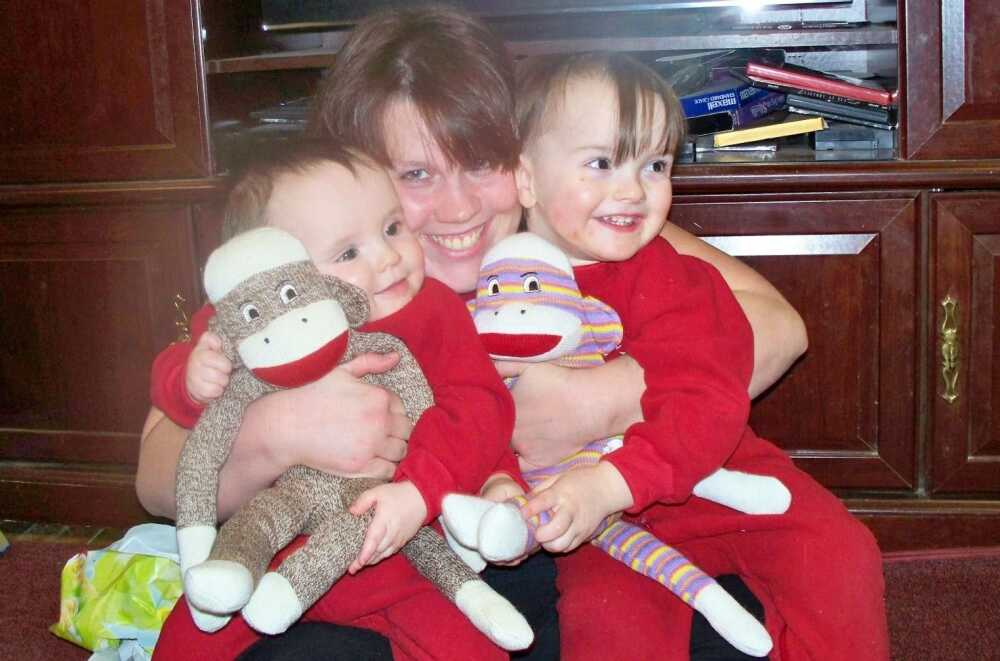 I don't know about you, but when I was a kid, it seemed as though Christmas was about Santa Claus and Candy.

Christmas was about the only time besides Halloween that we were allowed to have extra candy. My mother was very strict about pop and candy growing up. The five of us have her to thank for having good teeth and very few cavities.

Do you remember the hard candy with the stripes shaped like ribbons and pillows? We ate that until we were nearly sick. And if that wasn't enough; there was Fudge, Peanut Brittle, Chocolates and Divinity.

People gave you homemade candies; sent you boxes of chocolates and packages of nuts that you had to crack with a nut cracker. And to top off your embarrassment of riches; there was a case of oranges to eat your way through.

Our mother made a lot of candy and fruit cakes. We all make jokes about the fruit cakes now, but back then, it was really a labor of love. Our neighbor, Margie Anderson made the lightest and fluffiest divinity that you could imagine.

I don't remember making peanut brittle, it always seemed as though we purchased that. But my sister-in-law Patti made some of the most awesome brittle that I have ever tasted. Her peanut brittle was soft and chewy. I am just salivating thinking about it now. However, my endless candy days are over with a mindful watch of my sugar intake.

And after the holiday season was over, you had been sick at least once, if not the unhappy recipient of the flu or some other malady that was going around. We could blame it on the sugar, but it just old fashioned germs that got the better of us.

And then there was the magic of Santa Claus. My parents didn't wrap the Santa Gifts, they "magically" appeared under the tree sometime after we went to bed and three o'clock in the morning when Dad couldn't stand it any longer and would wake us up.

As a young mother, I took my Santa Claus duties seriously as did Werner, my first husband. He cheerfully put together toys and make new ones out of old ones. One year, Courtney was the happy recipient of a pedal tractor rescued from the town dump and refurbished. It was as hard for me to sleep the night before as it was for the kids to go to bed and wait for Santa.

The year, I moved to Northern Idaho, I couldn't get either child to sleep on Christmas Eve. Finally, I told them to stay upstairs and not come down unless I gave them the signal.

In desperation, I quickly put the gifts under the tree. As soon as I was finished, I opened the front door and pressed the door bell. Then running back to the bottom of the stairs, I called up to Courtney and Kelly. Santa Claus just left. Come and see what he brought you. Thus, began the tradition of opening gifts on Christmas Eve in our little family.

To this day, my favorite memories of Christmas growing up continues to be the mystery of how my mother sewed two sock-monkeys from behind a newspaper for me and my sister Bev. The visit from Santa Claus when we lived downstairs and getting to eat cream puffs from the bakery after we finished Christmas shopping in Gooding.

And then there is Dad. I am able to hear his laughter as he teased us in the wee hours of Christmas morning. He enjoyed all the toys as much as we did. In fact, I don't believe that my brothers ever got to play with the spinning toy tops that Santa Claus brought them until well after Christmas. Dad and Steve Parke amused themselves for days by having contests to see whose top could spin the longest.

So again, I must say to all of you. Hold your loved ones tight and cherish the memories. Lift up your families in love and prayer for the coming year. And most of all, remember Who Loved Us More Than Santa Claus that He gave the Best Gift of All in the form of a baby.