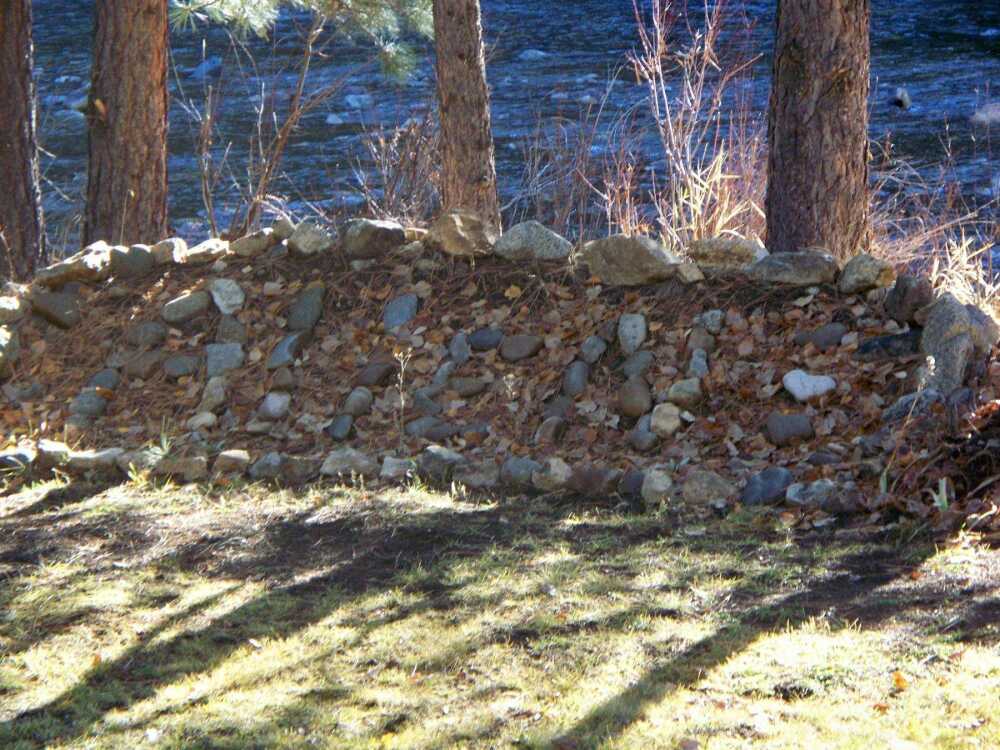 I couldn't find a picture of the house, But I thought that the Allens would be well represented by this rock formation in Pine.

The Pink House was originally owned by an old couple whose last name was Ellis. Forgive me, but I don't think that I can remember their first names.

They had a wonderful yard filled with flowers. The house was not very big, but it had lots of shade trees and outbuildings.

Eventually, they couldn't live there anymore due to age; so they sold the house and 40 acres to a Californian by the last name of Morley. In the 60's , you may recall that our little community was infiltrated by city-folk who thought that farming was an easier way of life.

Mr. Morley had lots of wonderful things that filled the little Pink House and the chicken coop and two other outbuildings. He spent a year trying to figure out the science of farming but gave up and sold the property to my dad.

The reason that I mentioned his belongings is that he was in such a hurry to get back to civilization, that he left everything behind and never returned for his stuff.

Thus began the tradition of the Allen siblings residing in the Pink House on the Corner. The first sibling to settle there was my brother Rick and his wife Sharon. Rick had gotten out of the Navy to help Dad with farming the extra acreage that he had acquired.

They lived there until they purchased the Davis Farm up the road a bit.

The home was rented out a few times, until Dad decided that he needed a rental home like he needed a hole in his head. He sold the property to my brother Buddy and his wife Patti.

Buddy and Patti did some remodeling and eventually painted the house a nice shade of brown. No matter what color that house has been over the past 35 years, we still call it the Pink House.

My niece Chas, rode her tricycle down the cellar steps at that house. She bumped her head quite badly and had a concussion. I think that she was about two years old at the time.

Before Buddy and Patti moved from the Pink House, two more children were born and so the 2nd bedroom was getting a little crowded!

Buddy purchased Rick's farm and moved up the road. Eventually, it was my turn to reside in the house on the corner. I moved there with my first husband, Werner and our son, Courtney. It was our daughter Kelly's first home when she arrived in late May of the following year.

Going down the steps of the cellar was like running a gauntlet. The spiders set up housekeeping in anticipation of dropping on your unprotected head as you ducked low and made a dash for the bottom of the stairs. And then you had to contend with some other creatures like a snake or two that had just settled in for the winter months or the toads.

I hate toads and snakes are not much better. I came across my first snake in the cellar as I was bravely cleaning out the clinkers to get the furnace ready for winter. As soon as we met at the bottom of the coal bin, the race was on to see who could exit the fastest.

I think that I beat the snake out the door that day and I am pretty sure that neither one of us wanted a rematch. I mentioned the toads because I have never like toads. I personally think that they make it their life's mission to become roadkill so that you can step on them in the dark.

Poor Courtney, our son, was barely three and his mother was coaxing him to scoop up the toads with a dust pan. What a bad mother I was! However, it was a lesson in character building because he was never timid with any animal wildlife after that.

I loved that little house! I had a Speed Queen wringer washing machine with a stainless steel tub that I set out on the porch area and did my laundry. My whites were very white and my sheets hung proudly on the clothes-line. We did not live there for an entire year before we had to move.

I will always be grateful to my brother and his wife for giving us that refuge when we needed it the most.

My sister Bev moved in there next. I think that she may have lived there a year until she met Bill and they got married. I could tell you stories about her tenure in that house, but it might make her mad. I will tell you that one day when I was cleaning it for her, the broom disappeared somewhere under the clothes on the bedroom floor and was never seen again.

The only sibling that never resided in the Pink House was my brother Jody. He had planned to, but his engagement was called off and so he didn't need the cozy little home like he thought he would.

The Pink House was a part of our heritage in a way. I can remember how beautiful the flowers were that Mrs. Ellis planted so lovingly.

Each of us could tell you great stories of our tenure there. As for me, it was the clothes-line that I miss the most. It was situated right where the great breezes came through and in the summer, your clothes were dry in minutes. I don't miss the scary cellar though or the mad dashes to the bottom of the stairs to avoid the spiders.

Today, I live in Missouri, but my sister is only a quarter mile from the Pink House on the corner. My brother Buddy still lives up the road a bit. Jody lives in Glenns Ferry and my brother Rick and his wife Sharon built a dream house in Indian Valley a few years ago.

There are very few things in life that families in big cities are able share. But in a small community, it is just possible that you will live in a home that belonged to your family for generations.

The Pink House has been occupied by 4 siblings; a couple nieces and a cousin or two over the years and I don't doubt that someday, it will have a new generation of Allens excited by the history of the cozy little house on the Corner.