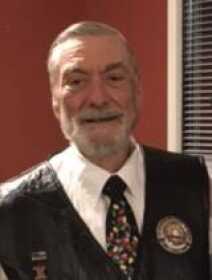 Edward R. Belk of Mountain Home, Idaho passed away at home on April 30, 2021 at the age of 70. His legendary fishing stories, now silenced, will remain forever in our hearts.

Born on August 7, 1950 in San Gabriel, CA, Ed was the youngest son of the late Elmer and Elizabeth Belk of Conway, Arkansas. Through the years, Ed was affectionately known by numerous names: El Capitan, Oh Captain, My Captain, Twenty-two Seventy Moo, the Old Angler, and Cap-pa. He leaves us with both a smile for having known him and an unspeakable ache at his passing.

Even as a little blond-haired, blue-eyed toddler, Ed Belk felt most comfortable with a fishing pole in his hands. He always credited his Grandpa Belk for sharing his secrets to success on the river. After high school graduation in 1968, Ed enlisted in the United States Army. Following basic training at Fort Ord, he took his advanced training with the Army Security Agency in the field of Morse Code Interception and Direction Finding. From there, in May of 1969, Ed was assigned to Japan and within six months, volunteered to go to Vietnam, stationed at the Phu Bai combat base. Ed was a proud Bronze Star recipient.

Ed’s post-war years brought him back to California where he obtained his degree in criminal justice from Mount San Antonio College in Walnut, CA. In 1978, an unforeseen law enforcement opportunity in Mountain Home, Idaho presented itself, and Ed answered the call. His passion and energy were devoted to the community and county he loved and served. His 30-year career began with the Mountain Home Police Department and continued with the Elmore County Sheriff’s Office until his retirement in 2008. Ed somehow managed to squeeze in a decade-long term as the Elmore County Coroner as well.

Ed’s deep faith was an anchor that gave him an inner strength and sense of balance in life. He will be remembered as a man of integrity, honor, and service. Truly, Ed had a long and accomplished career, but his greatest joy in life was his family. He is survived by his wife of 42 years, Robbie, and his daughter, son-in-law, and granddaughter, Becki, Jamie, and Natalie Dickey of Colorado Springs, CO. In addition, he leaves his brother David (Janie) Belk, his brothers-in-law Jerry (Denise) Sweet, Steve (Debra) Lewis, and numerous nieces and nephews. He is preceded in death by both of his parents.

The family extends a special word of profound thanks to these sources of support: to the team from First Choice Hospice for their tireless and compassionate care; to our extended law enforcement family for their unwavering support; to Ed’s favorite band of retired brothers and sisters, The Apple Dumpling Gang chapter of the Idaho Retired Law Enforcement Association; and to Boise River Baptist Church for giving Ed a loving church home.

At Ed’s request, there will not be a formal service. Instead we will gather together at Glenn Rest Cemetery in Glenns Ferry, Idaho on Friday, May 14th at 11:00 to commit his ashes to the ground and perform his End of Watch call. A celebration of Ed’s life will occur later this summer at the American Legion Post #26. Arrangements by Rost Funeral Home, McMurtrey Chapel.

“To all of you who think of me, be happy knowing I am free. If others wonder why I’m missing, just let them know that I’ve gone fishing.”