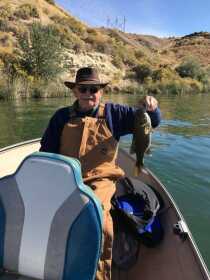 Lloyd David Eash passed away peacefully on May 1, 2021.

Lloyd was born in Harrisburg, Oregon on February 17, 1936 to Joseph and Nettie (Hostetler) Eash.

He married Joanne Hamilton in October 1959 in Gresham, Oregon. They lived in Oregon until 1964, when they moved to Hammett, Idaho. They were blessed with four children: Michael David, Lisa Ann, Joseph, and Mary Jo.

Lloyd worked with Koch Lumber in Hammett for many years before getting his own truck and welder and going mobile.

He was preceded in death by his parents and sisters Mary Baker, Mabel Kauffman, Verna Kauffman, and Lenora Kauffman and brother Milo Eash.