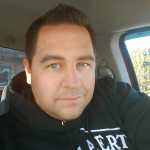 My Problem with the Public Education System Part 2

I need to start this blog by clearing up some misunderstanding from my previous blog. Due to some great feedback that I received, I wanted to make sure everyone understands what I mean when I say “the public education system.” When I use this definition, I am referring to the political realm of the public education system. After all, all education mandated decisions and focuses are made in the political realm. With that being said, I want to make it very clear that I do not have problems with schools or districts, as they have to follow the mandated policies that are set within the political realm of education.

This leads me into my second problem with the political realm of the public education system, which is the lack of respect for teacher expertise and input when making critical decisions and changes that affect education and students. For example, the Governor’s Education Task Force in Idaho, which was created in May of 2019, is made up of numerous entities; 18 to be exact. Out of the 18 individuals on the Task Force, one is a teacher; and this person is not the head of the task force. In fact, the head of the task force is led by Boise business leader, Bill Gilbert. Let me pose a question, why would you not have a teacher as the head of an Education task force? Instead, the political spectrum of public education turns to business leaders who are focused on one thing; you guessed it, numbers.

I have stated this before, if you talk with teachers, administrators, district leaders, they will all say that we are doing a disservice to students to push standardized tests and focus on the numbers. The individuals within schools and school districts are on the frontlines with the students. They know where the struggles lie. They understand what students need and how best to help them be successful. They can also tell you where the political system is failing our students. They can tell you what would make it better, how we could improve student retention, teacher retention, district funding, and the list goes on. You see, if you really want to know what needs to change and what would be the best changes to make, then talk with the people who are closest to the issues.

Education is one entity that I believe should be lead with a bottom up leadership. Teachers, administrators, and district leaders know what students need, where students struggle, and can tell you how asinine it is to teach students to be individualistic but standardize all of them. What is frustrating is knowing the mandates that are passed make absolutely no sense in the education world, but still have to follow them. More so, these policies and mandates can create rifts in relationships within schools and school districts, because leadership is held to said standards by a political system that makes absolutely no sense, and in turn must hold their teachers to said standards.

To put it bluntly, the political entity for public education doesn’t work because they refuse to seek out the advice, council, and expertise of the men and women within our schools and school districts. In order for change to occur, there needs to be a mindshift in how educational leadership should be shaped. Why would I ever call a politician to cure my illness?