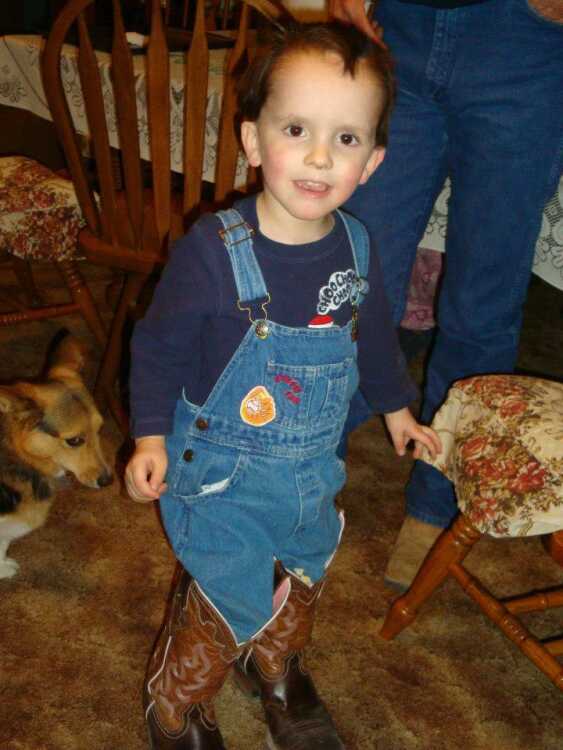 Traditions are wonderful ways to make memories with young children. This year was a little different because we had to bump up our shopping and Christmas party with our five grandchildren. Last year, I had the luxury of time to split up the kids with a separate shopping trip and individual grandma time.

This year, we had to be a little more courageous because last Saturday was the only day that all five kids could be together. So, with naive enthusiasm on my part, we piled into the mini-van with our trusty driver, Papa to shop for Christmas.

Each child had been given $5.00 to spend on themselves and an additional $5.00 to buy a gift for one of their cousins thanks to generosity of their beloved Great-Grandma Betty.

We made four stops all together; an estate sale, a thrift store, a dollar store and a discount store filled with treasures for $5.00 or less.

The estate sale was our first adventure, where we gave the two ladies running the sale a moment of concern. Five enthusiastic children of all ages and rooms full of breakables. Twenty-five minutes later, two of the darlings found a treasure that they couldn't leave without.

Eight year old Gavin was able to find a backless computer stool that was "just perfect for his computer table" for the princely sum of $2.00. Although Grandma tried to talk him out of his purchase because we had more stops to make but he was very sure that it was the right choice for him.

Kristopher who is not yet two years old, never hesitated with his purchase either. We had hit the garage and there was a little yellow push-cart just waiting for a little boy. He grabbed it and immediately began taking items off of the shelves and putting them in the cart. Grandma had to edit his selections a bit.

Our next stop was the thrift store. We all agreed that the toy section was the first place to go. Unfortunately, this was not as successful as the estate sale. Only Chloe was able to find a treasure. And there were a few moments of chaos because Kristopher had latched onto a lawn mower which I had to put back on the shelf and caused a meltdown along with keeping track of kids who have a tendency to scatter.

The dollar store was a place that everyone found something except Nathaniel. He had wisely decided that he would purchase an item at the next stop. Kristopher picked out a little truck and promptly tore off all the packaging before I could stop him. The biggest challenge there was keeping track of five kids. As soon as KaeLynn and Chloe were finished with their purchases, I escorted them to the van for David to enjoy some of the grandchild experience. Meanwhile in the store, Gavin was dreamily trying to pay for his purchases. By dreamily, I mean that he was so busy talking to the clerk about his day and forgetting to dig into his pocket for money. A huge line was behind us and I will say that everyone was pretty patient.

Before our next stop, we fortified the kids with a feast of snack meals and cookies and it was a good thing too. The $5.00 store was packed with shoppers. The kids paired up and we kept track of each by shouting "where are you?" Kristopher thought that this was great fun. Because of the sheer volume of people, it was decided that the kids pick their cousin gifts without the element of surprise.

KaeLynn and Chloe chose a package of fingernail art and a couple other items. I don't know what I would have done without the help of 11 year old KaeLynn. She is a little bossy, but it comes in handy at times like these.

Nine year old Nathaniel who had been saving his personal dollars for this store and went immediately to grab an electronic microphone. He had convinced himself that Gavin would like one too. However, Gavin had other plans, he had his eye on a banana pillow. They left the store with purchases in hand to amuse their Papa with the lovely sounds of four tired grandchildren while KaeLynn, who had been so busy helping me that she didn't get much time to enjoy herself and I went back into the store.

Eleven years ago, David and I embarked on the grandchild journey. Each of our little gifts have brought a different kind of joy. I wouldn't trade the precious moments that we have experienced for any amount of money. Although there have been some anxious times and a multitude of prayers; their hugs and kisses are imprinted upon our grateful hearts.

Precious memories shared with our loved ones is the very best gift to have. It wasn't a perfect day, but it was a wonderful day for five little cousins to share. We are truly blessed.