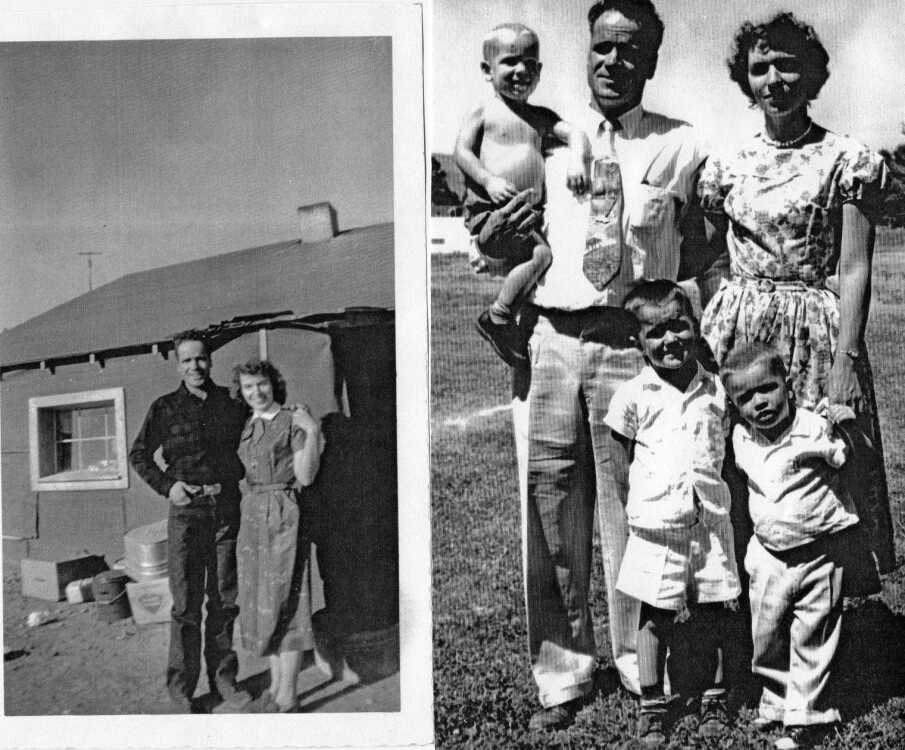 Father's Day is rolling around before I can blink an eye. I was thinking about all the roles that our dad played during our growing up years.

As I have said before, our home was a way station for cousins and friends during the summer. I don't believe that anyone ever complained about not having enough room or getting enough food to eat.

To our cousin, Todd; "Uncle Bud" simply knew everything on the planet. Dad would tell him some pretty tall tales that he believed was gospel. His standing phrase to us the entire summer was, "Uncle Bud" said so.

To our cousin Debbie, "Uncle Bud" was a tormentor. He couldn't stand kids sleeping in and would try a gentle approach first like a nudge or two. If she would just moan and turn over, a more convincing action was taken. Like filling a container with water and trickling it over her face.

Debbie was such a serious person and Dad always felt that she needed a good dose of teasing and pranks to lighten her up a little bit.

Dad has considerable practice being an uncle when you consider that fact, that he had been one before he was even born. He had leadership skills which translated into mischief making at a very young age. His older sisters never wanted him to play with their kids because of all the mischief that he got into.

It must have been a terrible cross to bear having nieces and nephews the same age and no amount of persuasion could induce them to call you "Uncle Bud."

Debbie never held a grudge about the water therapy. She got married and brought her husband to enjoy many more weekends in our home.

I do believe that our dad made a huge impact on many of his nieces and nephews lives. He might have teased and told tall tales. He may have led a child or two astray in mischief making, but he never let them down in their time of need.

Our home was a refuge for some and a playground for others. If you needed work therapy; Dad was happy to oblige. He probably kept more than a few kids from getting into trouble by tiring them out by encouraging to buck bales or ride horses.

We were more fortunate that others that we got to keep our Dad for so many years. Many of our cousins did not have that luxury. I can't imagine how hard it was for them to say their own goodbyes at very tender ages.

On Sunday, if you still have a father to honor, hug him extra tight. Make sure that you soak up all the love that you can. Time goes by so quickly.

And if you happen to have a favorite uncle and he happens to still be around, give him a phone call and let him know how wonderful he is.

All of you fathers out there, please enjoy your day. We appreciate you more than you will ever know.