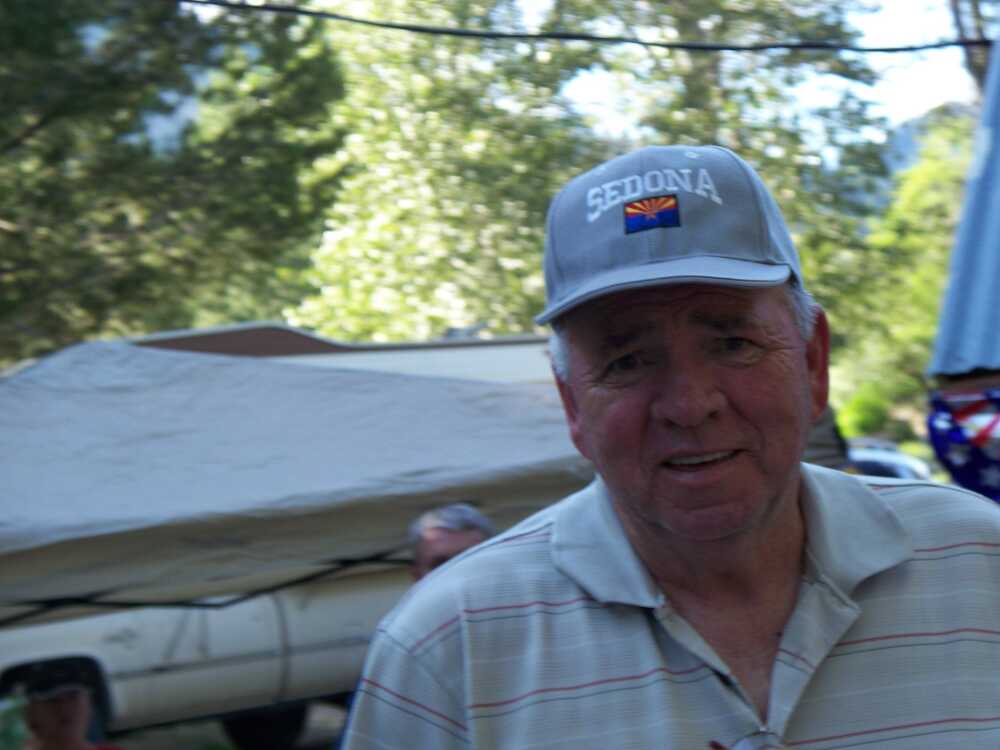 I am of the opinion that we should share our appreciation and regard to our loved ones long before the final goodbyes are said.

An opportunity to do so is sometimes limited by distance or by procrastination.

Our Uncle Robert has a different spelling of his name than the rest of his siblings. A well-intentioned nurse or doctor who filled out the birth certificate, felt that the surname Roesberry should be spelled Roseberry.

Uncle Robert is the fifth child born to my grandparents and I have heard stories about his "adventures" most of my life.

He seemed to "blend" in most crowds as a child. I believe that he took several train trips on his own in addition to checking himself into a motel and telling the manager that his "family" would join him later.

If I remember right, it was a couple days before the manager got suspicious and made him contact his family to come and pick him up.

These days, you wouldn't be able to get away with not having a train ticket or let alone checking into motel without identification or cash.

Children who were born during the depression or just prior to WWII led different lives than we do now. They worked to help support their families and our mother and her siblings were no different.

My memories of the summer visits by the aunts and uncles hold a special place in my heart.

Our Uncle Robert liked to have fun when he came to visit. I can remember a few water fights where I was impressed with the speed that a "middle-aged" man could move. (He was probably only in his 30's at the time).

As an adult, I appreciate his sense of humor even more. At our Dad's 80th birthday party; Mom was showing Uncle Robert how fancy Dad's new binoculars were. He produced a cheap plastic set for her perusal and proclaimed that his binoculars were just as fancy.

I am not quite sure what happened, but the cheap set didn't make the trip back into Uncle Robert's hands. They fell and broke. Of course, Mom was mortified. She still hadn't quite grasped that fact that he was teasing her.

She apologized profusely. Uncle Robert just looked at her with that straight brown gaze and shrugged his shoulders. "That's okay, they weren't mine anyway."

That weekend was filled with laughter and enjoyment. It was also the last birthday that some of us were able to celebrate together.

No amount of planning or organizing can ever replace spontaneous fun or the simplicity of being at the right place at the right time.

Hugging the "Giants" of your childhood becomes all the more precious when you are limited to seeing your loved ones once or twice a year.

So Uncle Robert, here is my biggest hug for you in the way of the written word:

Thank you for making my childhood so special by being the person that you are.