"With Malice Towards None" 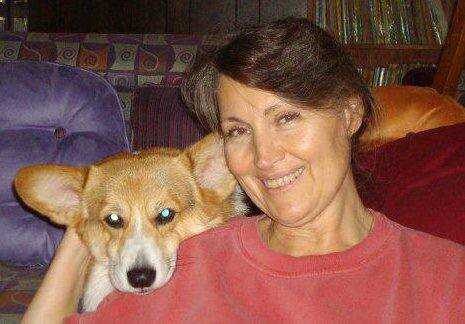 Our Beloved Susan, who Stood for All of These Things in her Life.

In my lowly adventures "googling," about American History, I came across a few of Abraham Lincoln's Words. Although his statement speaks for itself, I am going to add a few thoughts of my own.

"With Malice towards none"; with charity for all; with the firmness in the right, let us strive on to finish the work that we are in; to bind up the nation's wounds."

Lincoln was a deep thinker and a great speaker. He felt the nation's wounds deeply in his heart. After the Civil War, he sought to bring the states together with forgiveness and charity.

With Malice Towards None: I believe that Lincoln desired that we leave the past behind. To honor those who had died for our freedoms and to welcome the Confederacy as though they had only been away for a little while. Of course, this was not possible, but had he lived, I think that many things would have been very different for our nation.

"With Charity for All;" I was raised to believe that Charity is the the pure love of God. We tend to think that Charity is giving money to the homeless or taking your clothing to the Salvation Army. But Charity is much deeper than a physical action. This act must always be accompanied by a giving heart filled with love. If you only give because of duty, the entire premise of God's example and Lincoln's desire is void.

"With The Firmness in the Right,": Lincoln had a very firm moral base of honesty and integrity. It wasn't based upon a political platform or a lobbyist point of view. It was his love for this Country that set him apart from other presidents with the exception of Washington and a few other earlier elected officials.

"As God gives us to see the right:" In the old days before instant news, a person had time to think for themselves. We cannot be blinded by any influence of power or information highway. A humble leader will always tell you to think for yourselves and to study out their words and works.

"Let Us Strive on to Finish the Work That we are in": Lincoln wanted all of the American People to realize how important that rebuilding the nation was. It was about forgiveness, healing and a love for each other. I am sure as the war years dragged on, the deaths of young soldiers weighed upon his heart. It would not have been easy for any leader to witness the great strife and torment that prevailed upon our nation during those years.

"To Bind Up the Nation's Wounds:" What did Lincoln intend to do after the war? Rebuild the South? I believe it was much more than just changing the landscape of destruction. I think that his intentions were to ensure that the people of the south could save face after such a resounding defeat.

When we take the measure of a man and their life, it should always include how they have lived their lives prior to becoming leaders. It might very well be understanding how they treated their mothers and their wives for a start. How have they conducted their business lives and the company that they keep.

This might seem like a somewhat simplistic theory but I believe it is your mother who teaches you about Charity. And it is your spouse who helps you see the right.

Leadership is not a primary to win, but a quality in character. It should not be used for gain or power. The mantle of leadership should never be subject to four years in office. Instead, anyone who is in the position of power should regard it as a precious gift.

A precious gift that requires nothing more than your dedication and service. To see things as God sees them and to prayerfully seek out His counsel in times of great strife.

Your cabinet should not be friends and family, instead those who share the same vision of keeping a nation strong.

Leadership should not be subject to the highest lobby bidder or election contribution, but a standard of excellence that you expect of yourself and others around you.

We have choices looming ahead of us. For all those who are scrambling around trying to pick-up any morsel of hope, I suggest that you look up instead. The True Leader of this nation is the One who will set our nation straight.