Capturing A Greased Pig and Other Thoughts. 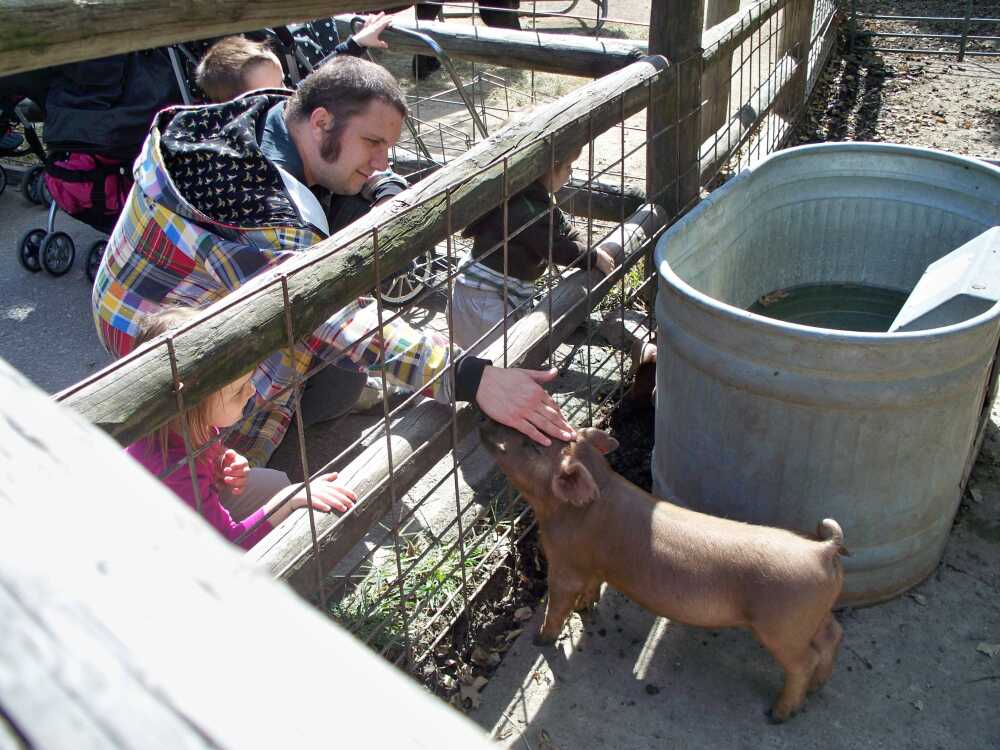 Trying to catch a pig under normal circumstances is pretty difficult to say the least.

But a greased pig is almost impossible to capture on your own. It usually involves some dedicated teamwork and a willingness to get dirty.

Pigs are generally clean animals, they only use the bathroom in one corner of their pens. Because their skin is relatively hairless, they have to roll in mud to prevent sunburns.

We didn't have a lot of pigs on our ranch growing up. Only enough to butcher. What most people don't know is that a pig is not a very sentimental animal. They may be genial and tame for years, but one wrong move and they will turn on you.

Pigs will eat just about anything. They have no scruples about the "slop" that gets distributed into their troughs. Everything is considered good at feeding time.

A Cow is generally a vegetarian peaceful creature. You don't have to worry about them eating you, I would caution you to not be in their way when the feeding truck comes into the field. As a herd, they can walk calmly and predictably to the barn to be milked. But woe unto you if you want them to go through a gate!

Horses on the other hand are sensitive creatures. They can sense your your every emotion. With a few exceptions, they will be your lifelong friend and go out of their way to avoid hurting you.

Is it worth it to try to capture a greased pig? Can you say with confidence that the pig will not turn on you at the last minute? Common sense says that you shouldn't trust them to be "good and sensible."

The condition of the world has never been about politics. It is about our true natures whether we are talking about a pig or a person.

No one will ever agree on how to capture a greased pig. You might be running around the pigpen for a long time trying catch one on your own or choose to team up with a few able bodies to get task done.

Like anything in life, we need moderation. Domestic pigs can escape the confines of the farmyard and become feral; more dangerous than tigers at times. Taking precautions while dealing with a domestic animal or a wild one is always advisable.