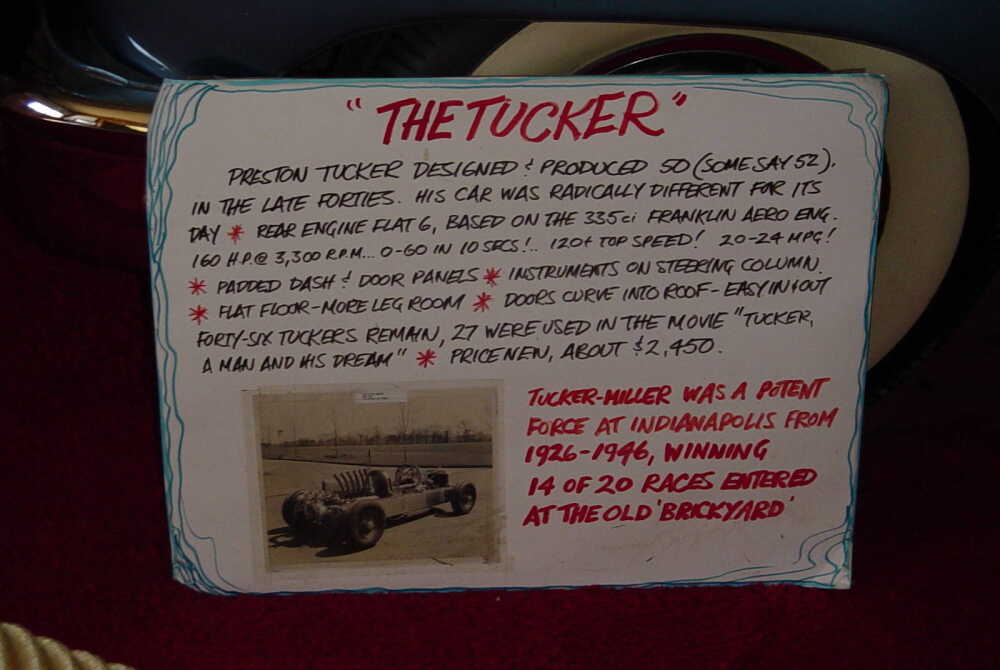 Someone else who believed in the American Dream. Preston Tucker.

There are some people who simply roll their sleeves up and get to work. They don't whine or complain about their lot in life; nor do they place blame. My employer was one of these individuals.

Glen was one of the toughest men that I have ever known. Life had certainly handed him a few lemons in his lifetime, but somehow, he was able to make lemonade. He was a single father when it was very rare to be so with three small children and ran a business too.

In the 1960's, he met his 2nd wife Peggy and together they embarked on an adventure that spanned over 40 years. There were bad times and good times, but together they raised 4 children.

But it was not his personal life that impressed so many, but his ability to diversify his business to keep his company going.

He wasn't always easy to work for. But his heart was big and generous and he always made sure that his employees were taken care of.

Glen inspired the imaginations of many who loved cars. If there was a way to make a car look sporty or unique, he knew how to make it happen.

That was not the only thing that many of us who worked for him admired. He had grit and determination even when he was physically ill. He didn't stay home and feel sorry for himself, he showed up for work as long as he was able.

Glen passed away last Tuesday after a series of illnesses. If he had been cowboy, I could have said that he died with his boots on. Instead, I will tell you that he continued to show his admirable work ethic to his employees.

Even to the very end, he encouraged those who worked for him to think outside of the box. He hated certain change, but always embraced a good manufacturing idea.

Many of us who have worked with Glen; have done so for 20 or more years. He will be missed by us all.

The American Dream continues to be personified by individuals like Glen to keep producing top quality product for the open market.

Our own dreams for industry in America don't die with the change of an administration or market demand. There is always someone like Glen out there ready to figure out a way to keep a business open and busy.

Many changes may come our way and the choices may become slim. Don't give up hope, just diversify.