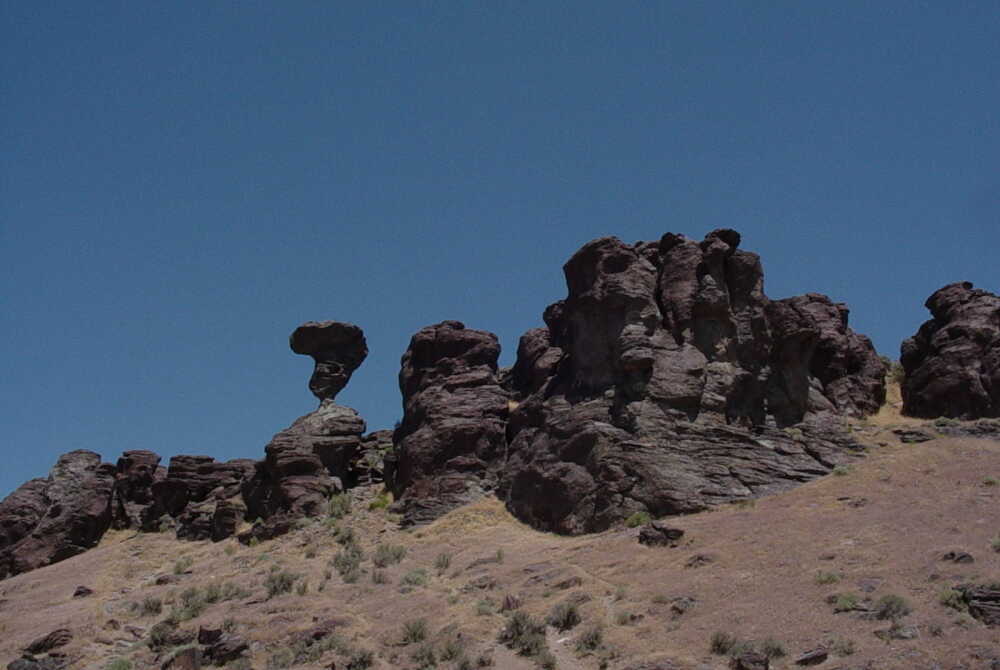 I miss watching those huge tumble weeds bouncing and floating their way across the road.

Picking up those wandering tumble weeds require a great deal of care and caution. They are very round and sticker-y.

Sticker-y is not a real word, of course. But it's my blog and I am going to use a little poetic license with the facts.

Do tumble weeds have any purpose? I suppose so. They gather in bunches on the fence lines and provide jobs for farm workers in the spring or fall burn-off. The green ones will certainly wake you up if you are sleep-walking on the road and happen to step on one accidentally.

They impose speed restrictions on dark windy nights. A person can never be too careful to avoid hitting a tumble weed.

How far do you suppose a tumble weed travels before it finds a fence or some other obstruction blocking its progress?

Most of this just idle speculation from an Idaho Native who finds herself enjoying the green rolling hills of Missouri and missing those wide open spaces with dust and tumble weeds.

You know if the government placed a bounty on tumble weeds, a person could probably make a pretty good living in Idaho. They could stake their claim on roadsides and along the fence lines. Imagine the rush by tourists and natives alike-running and jumping sage-brush trying to catch a tumble weed!

Entire towns would pop up, Stores would be selling protective gloves and special "bags". Everyone would have the opportunity to become rich!

Now, all of this is written tongue-in-cheek. There has been so much of the sticker-y stuff going on that I thought I would write some lighter fare.

Tumble weeds do not move on their own. They are subject to the whimsy of wind. They may blow to the East or the West. The more courageous ones find themselves traveling North or South.

Some days, I find myself being round and sticker-y. Most certainly I have traveled with the wind or I wouldn't have found myself in Missouri all those years ago.

We are so blessed to be part of this great Nation. Never doubt Who Controls the Wind and Gently Guides The Tumbleweeds to Their Final Home.