A Bit of Molasses and a Feather 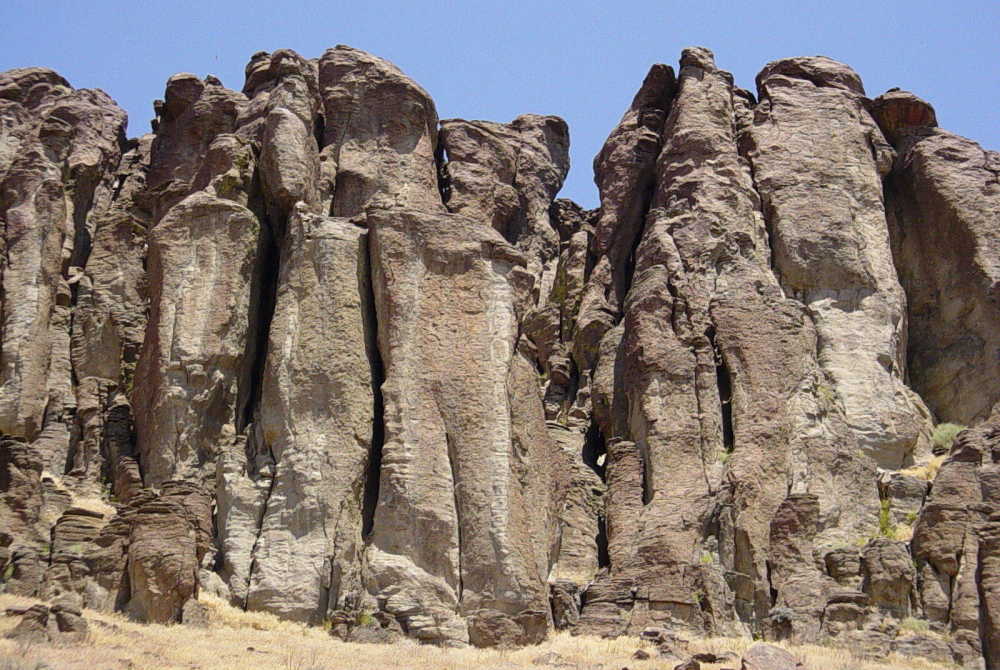 A Mighty Fortress is Our God.

Dad used to talk about how babies got amused while their mothers worked. He said that they would put a little Molasses on each hand and give the baby a feather.

This kept them occupied for hours, passing the feather back and forth.

I didn't know our Grandma Allen, she had passed away years before I was born. I do know that she was very talented and patient. You would have to be with 12 children.

Times were hard and people were pretty poor. Children worked along side of their parents or for other ranchers or towns people to help the family survive.

A pair of shoes was a necessity for school and the winter time. Bare feet got you to the same place as shoes if you were young enough.

You helped your neighbor whenever you could. There was never a question as to why---it was the right thing to do.

I am pretty sure that designer clothes would have meant the best design on a flour sack. The latest toy was probably hand-made. And an orange would have been considered a priceless treat for a young child.

When I was growing up, we didn't have ready money for some of the things that the town kids did. We didn't eat candy every day, nor did we go to the movies every week.

We did, however attend all the athletic events. Talk was lively after the games. We had 4-H Meetings in the Spring and Summer. And gathered cows or hauled hay during the hottest of days.

I know that we never felt deprived about not having a cement swimming pool, when there was a ditch just a few steps away from the house or a pond or reservoir to swim in. The sprinkler was another source of fun for the youngest of children.

The puncture weeds kept us from having a bicycle to ride until I was in my teens. But there was always a horse to be saddled or a junk pile to explore.

What treasures we have today pale in comparison with the endless memories of our childhoods. When it all comes down to it, what we actually own outright can sometimes be packed into a suitcase.

The real danger to our society's fabric is the perception that someone is less than human or intelligent than ourselves. When a person can convince themselves that an unborn child doesn't deserve to live because they aren't "finished" yet or "you" aren't ready for the responsibility. We have seen this scenario in different forms throughout the centuries.

People who owned slaves convinced themselves that the slaves were animals and "needed" their care and benevolence.

The Holocaust came into being because one group of people convinced themselves that Jewish People, Handicapped People, The Very Learned and the Insane, The Gypsies and other nationalities were not as worthy of living as the Aryan Peoples.

Today, we see the same division with a slightly different description.

Because we never really learn our lessons, history repeats itself. Civilization breaks down when we allow selfishness and greed to creep into our lives.

No battle is more worthy of being fought than the one to get our country back on track. It will not be our politicians who will accomplish this, but the citizens who can put aside their differences to roll their shirt-sleeves up.

A Feather is very different than a bit of Molasses. Each object has a specific purpose. Molasses can bring the sweetness back into our lives. A feather can represent great courage or extreme cowardice.

Today, my grandson Nathaniel was chanting a new slogan that he learned somewhere. "No More Chit Chat". I think that he is very right.

There is not a news anchor, talk show host or Google contributor that has made a difference in the conversation at hand. Nor will there be. Why? because they make their living doing what they do.

No politician will ever make a difference either, because many of them have sold themselves out for campaign funds and insider trading.

Who will make a difference? People who can put their own shoulder to the plow without complaint--and are willing to give their neighbor a hand-up instead of a hand-out.

It will be the people who do not hold their color up as a shield nor their religion or educational backgrounds.

Two feathers and a bit of molasses; completely different objects coming together with the help of two hands.

EVERYONE Has a purpose in life. Even sandpaper has its uses. We don't go out of our way to buy it, but it does come in handy sometimes to sand down the rough edges of a finish.

One last thought that I leave with you-- There are many loud voices shouting to be heard. But it is the quiet one that you need to listen for. "Be Still and Know that I Am God."

Comments
View 11 comments
Note: The nature of the Internet makes it impractical for our staff to review every comment. Please note that those who post comments on this website may do so using a screen name, which may or may not reflect a website user's actual name. Readers should be careful not to assign comments to real people who may have names similar to screen names. Refrain from obscenity in your comments, and to keep discussions civil, don't say anything in a way your grandmother would be ashamed to read.
Respond to this blog