I Put on My Cleanest Dirty Shirt 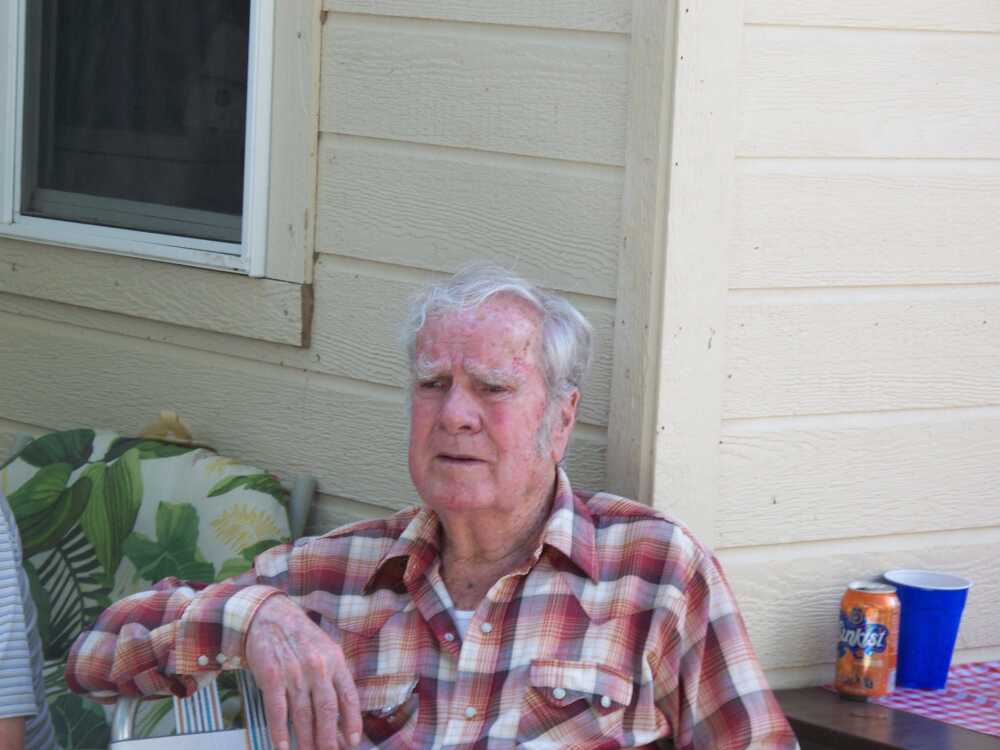 My dad used to sing this little ditty around the house when we were growing up. He had all sorts of little songs and statements and they were always accompanied with a deep sigh.

He would also put his boots on and say in a martyred tone, "I had better go do something, even if it is wrong". Or, "we could have had a bearskin rug, if Mama had been willing to hold the flashlight".

Mom and Dad had gone on a hunting trip years ago and a bear had torn up their camp while they were out looking for deer. In the evening, the bear came back and Dad shot it. Only he didn't kill it. They could hear it moaning all night long. Of course Dad wanted to go and finish the job, but Mom refused to hold the flashlight.

It was quite a while before he let that go. I don't think that Mom went on any more hunting trips with him after that either.

My mother was a pretty good sport about most things, but she did draw the line at hunting bears after dark or participating in wild-cow milking contests. She didn't mind camping or "roughing it." But she wasn't a public person and preferred to stay in the background.

Dad worked hard and never complained, but he did have that wonderfully deep sigh. I think that all of us kids have inherited that sigh. In his later years, routine things took an concerted effort on his part. I would watch him limp to his horse, sigh and put his foot in the stirrup and pull himself up into the saddle. And then as if by magic, he would straighten up and act as though the pain was gone.

It is always the things that give us the most pleasure in life that helps us withstand the physical pain of age; old injuries or medical conditions. As long as Dad could ride a horse, life was good.

Today, when I heard my dad's voice singing that little song, I knew what the title of my blog should be. I worked all afternoon on something very different than what I have posted here. So, with computer magic, I started over.

Why? Because, there is enough turmoil in this world being commented on and we need to find that peace that comes from memories, experiences and the beauty of our surroundings.

We all have some kind of talent that we can share. Some of us have chosen to put those observations into words. Others have shared their gift of photography, like Jessie.

And if you feel a little jaded about what is going on in the world, I suggest that you find a child to have a conversation with. In my opinion, it is your Grandchildren who can entertain you the best. All three of my grandchildren never fail to thrill me with their sense of wonder and perspective.

There will be more stories about Dad's little songs and sayings featured in future blogs. But today, I think it was just this one and the bear story that needed to be told.