Johnny Parkes Beside the Road 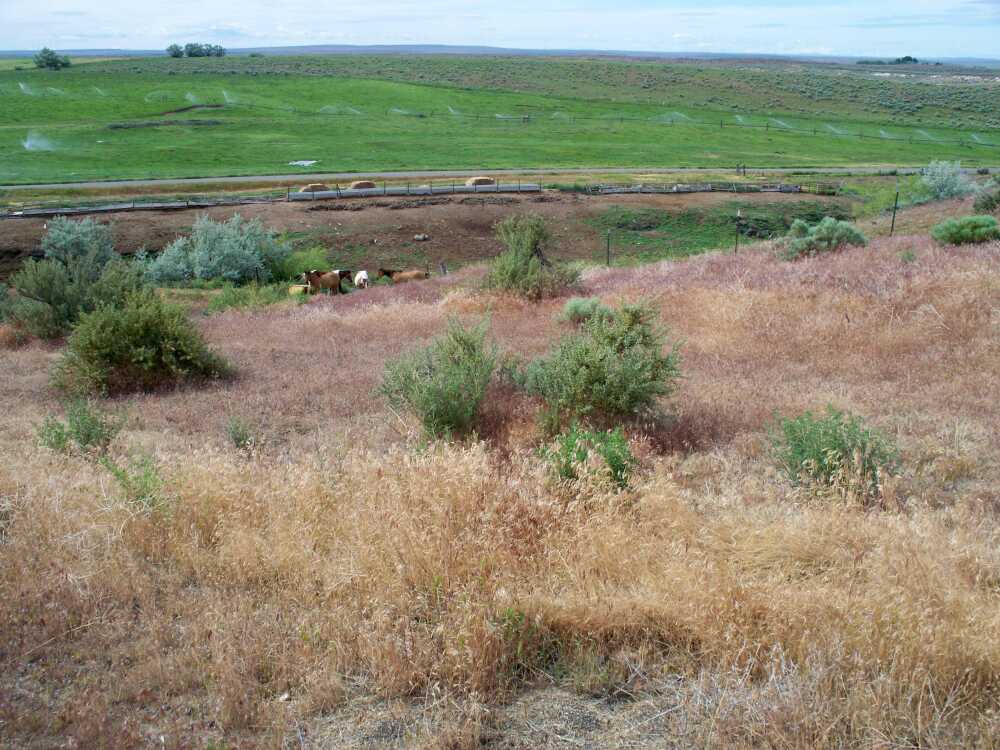 Johnny and Juanita Parke were our neighbors growing up and my parents also leased property from them for several years. Many of the adventures that we had as kids was on their adjoining ranch. My brothers were hung upside down from trees with a lariat by their son Steve. Bev and I were flower girls at their daughter Vickie's wedding.

They had great hay stacks to play hide and seek in and an orchard with wormy apples. We spent many happy hours in the shade of their big trees just enjoying being a child.

Johnny had a brilliant mind, but it was the day- to-day mundane details that somehow escaped his attention at very crucial moments. On nearly every new car that he purchased, he would forget to set the brake and the car would roll down the hill and into a fence. It was almost like a rite of passage to break the car in.

One year, several men were growing beards for the dedication of the Three Island Park. Johnny got up and began to shave only to get half-way finished when he realized what he was doing and that part of his beard was gone. These days, he would really be in vogue for style options, but at the time, it just looked a little odd.

But it was Johnny's driving skill on old Hwy 30 which made his neighbors extra cautious on the road. Dad would always used to say, "Stay on your side of the road, Johnny Parke might be coming around the corner."

I even had a friend one who misheard what Dad was saying and thought that his name was Johnny Parkes Beside the Road.

Bless his heart, he was always thinking great and grand thoughts which did not translate into safe driving habits. And most of the time, you were likely meet him on speeding along the wrong side of the road coming back from Wendell where he taught school.

Memories of Johnny's great adventures include when he drove all the way home from Twin Falls without Juanita. Needless to say, she was pretty upset when she called their son Steve to tell him that to come right back to get her.

When Johnny pulled into the driveway, Steve casually asked him where is Mom? Johnny looked a little puzzled and said, " Why, at school of course. Steve replied, "Dad, its Saturday."

Johnny got a stricken and panicked look on his face, "Don't tell your mother that I drove all the way home before I remembered, he begged." "You're too late Dad, she's already called".

Johnny was a great believer in our youth. He volunteered his time and equipment with a group of men including my dad developing the fairgrounds and race track for 4H and other activities.

A great many things interested him and and as a result, he always put 100% into all of his efforts.

Johnny lived his life with a sense of wonder. His home was filled with new and interesting things.

As a little girl, I was given a painted soldier made from a whiskey bottle. Some of the trim has worn away, but the colors are still very bright and lively. My little soldier has moved with me to several states over the past 30 or so years.

Johnny and Juanita were one of the cornerstones of our youth. Some of our very best memories involved the ranch life that we shared with them. Juanita is still a precious friend to our family.

Their daughter, Vickie and her husband Dale Smith are tireless volunteers for the community. Their son Steve taught my brothers character lessons when they became too rowdy.

Our lives are still intersected in a wonderful way. Time and distance has not diminished the pleasure of our memories. Johnny was a very unique individual who never ceased to amaze his family and friends with his accomplishments.

THINK ON THIS AND SMILE!

Somewhere, a brand new Salmon Pink Mustang is slowing moving backwards down a driveway fulfilling its own rite of passage.