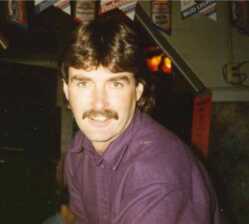 Mark Robert Hopkins, age of 73, of Mountain Home, passed away at a local care center on June 2, 2022. A graveside inurnment will be held at Mountain View Cemetery at 11am on Friday, August 5, 2022, with a celebration of Mark’s life to follow at 2pm at the American Legion. Cremation was under the care of Rost Funeral Home, McMurtrey Chapel.

Mark was born in New Orleans on November 12, 1948, to Albert Leo and Ailene Ruth (Lahtinen) Hopkins. A couple years later the Hopkins family moved back to Mountain Home where Mark grew up, running up and down 8th street with his brothers and cousins.

After graduating from Mountain Home High School in 1967, Mark attended the University of Idaho where he studied architecture before being drafted in the United States Army. Following his time as an MP at Fort Ord, Mark returned to Mountain Home where he and his brother worked at the sawmill. He eventually started working in construction, where he found his true talent as a finish carpenter. In 1981 Mark moved his family to Soldotna, Alaska to support the oil boom. During his time in Alaska, he was able to become acquainted with his extended family, the Robinsons. After a few years, the Alaska economy started struggling, and Mark moved back home to Idaho where he would live out the rest of his years.

Mark was hard working, but he did enjoy hunting, camping, snowmobiling, and hiking. He hiked to the summit of Mount Borah with his son Tony at the age of 66! He had a love of cars, and as a young man had some of the nicest, fastest cars in town. He was known for his long, entertaining stories, which he liked to repeat often, especially if he could share a laugh.

He was preceded in death by his father Albert “Hoppy” Hopkins, his mother Ailene Hopkins, his stepmother Rosie Hopkins, and his brother Dale Hopkins.

The family would like to express their gratitude to the nurses and caretakers at Country Living Retirement and Treasure Valley Hospice for their compassion and kindness.