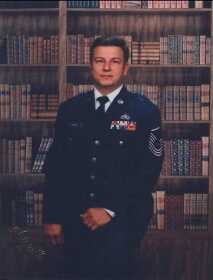 David Michael Palmer, a proud veteran of the United States Military, passed away at his home on December 19, 2021, after a long illness. David was a long-time resident of Morgan Green, Utah. A service honoring the life of David will be held at Rost Funeral Home, McMurtrey Chapel on January 11, 2022. A viewing will be held from 10:00 a.m. to 10:45 a.m. and Funeral Service at 11:00 a.m.

The son of Charles and Susan Palmer, David grew up in Clinton, Connecticut. He was born on November 26, 1945 and attended Morgan High School. At the age of 18, David enlisted in the United States Air Force. David served honorably for 25 years, ultimately attaining the rank of Senior Master Sergeant. As a part of his service, he was extremely proud of his time with the F-16 Development Tech Team at Hill Air Force Base.

David is survived by his loving wife, Karen, his two sons Carl and Kenneth, two daughters Dawn and Ursula, four grandkids, and four great-grandkids. David loved his family, the outdoors, hunting, football, riding motorcycles with his wife, and was an avid Harley Davidson rider and proud member of the Northern Utah HOGs. David was also a proud stockholder of the Green Bay Packers and always cheered them on to victory.

David was extremely patriotic and proudly served both the Lord and his Country, but his true love was always his family. He always had a witty, positive sense of humor and was well liked by everyone that met him. David was a loving husband, father, son, and Opa. He truly left his mark upon our hearts and souls, and will be sorely missed.