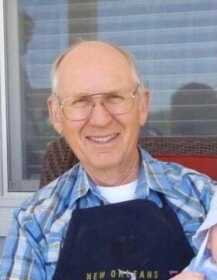 We mourn the passing of Donald “Fred” Foster, a previous resident of Mountain Home for over 24 years. There is a void on earth left by this husband, father, grandfather, handyman, family historian, and friend. Donald Ray Foster was born in a farmhouse near Wauneta, Kansas on August 11, 1944. He was the second youngest of 15 children. He joined the US Air Force after earning his Associate degree in Electrical Engineering and devoted the next 34+ years to Active-Duty assignments and then in the Civil Service. It was through a long standing, inside joke with his military friends that he came to be known as ‘Fred’. The Air Force sent him to exotic places like Japan, Germany, England, and the Aleutian Island of Shemya. He was stationed at MHAFB twice in the 1970s. It was on his second tour he met his wife, Arline (Fry), while square dancing. They were married in Boise, Idaho, on November 20, 1976. The couple returned to Idaho in 1986 after the births of their daughters, Jenny (1980) and Debbie (1982), and Fred’s retirement from Active Duty. Fred was an active parishioner at Our Lady of Good Counsel Catholic Church. He also volunteered in various capacities at Air Force Appreciation Day celebrations. He was often found behind the scenes assisting at events. Fred was named the Mountain Home Chamber of Commerce’s “Man of the Year” in 2010.

To be closer to their daughters and grandkids, Fred and Arline moved to Billings, Montana. Jenny’s children were born in Denver, CO, Ambrose (2011) and Adelaide (2014). Around this time, Fred and Arline purchased a house in Sun City West, Arizona, and were snowbirds. In October 2020, Debbie’s son Carter was born in Butte, MT. Fred passed away at home on October 26, 2021 in Sun City West.

Fred is survived by his devoted wife, Arline, and sole surviving sibling, Mack (Lakewood, CO), Fred’s daughters and their families: Jenny, Matt, Ambrose, and Adelaide Jordan (Denver, CO); Debbie, Nick, and Carter Elings (Butte, MT); host daughters from Germany Greta Schaller and Verena Rommerskirchen. He also leaves behind cousins, brothers/sisters-in-law, and numerous nieces, nephews, and great-nieces/nephews, as well as the many wonderful friends from around the country and world. In lieu of flowers, memorials may be sent to the Society of St. Vincent de Paul.

For more remembrances about Fred, go to https://obituaries.caminodelsol.com/obituary/Donald-Foster