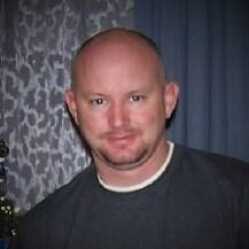 Family and friends said goodbye to Adam Holtz on Saturday, October 30, 2021 at the age of 47. He is survived by wife Tessa, son Blake, daughter Riley, parents Stan and Carolyn, and brother Joshua Holtz.

Adam was a lifelong Mountain Home resident who graduated from Mountain Home High School in 1993. He earned his degree in Diesel Mechanics from BSU and worked as a mechanic until 2006. He then joined the Idaho Air National Guard and served in the 266th Range Squadron on MHAFB until present.

In 2015, Adam built Steel Creations and Fabrication, a metal art and fabrication business. Originally started as a retirement plan, his incredible artistic ability created such a demand for his artwork that it caused the business to expand faster than he ever anticipated.

Memorial services will be held at 2:00 P.M. on Saturday, November 13, 2021 at Calvary Chapel, followed by a remembrance gathering. Cremation is under the care of Rost Funeral Home, McMurtrey Chapel.

Adam was taken too soon and his loss will be felt by so many.