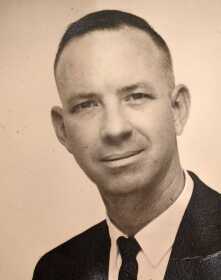 He graduated as a mechanic from a vocational high school in Kansas City, Missouri. He was drafted into World War II, and served as a mechanic for the U.S. Navy during the Korean War. He was a Seaman Second Class, SV-6, and was in the U.S. Naval Reserves, Deck Force, Quarter Master.

Professionally, he worked for Baldwin Motor Cycle Sales and Service in Kansas City, Kansas, as a cycle repair mechanic; Smith Corona as a sales and spokesperson in Olympia, Washington, and San Jose, California; Calaveras Telephone Company; and Copperopolis Asbestos Mine and Plant. He also was a volunteer fire fighter for the Copperopolis Fire Department.

In honor of Myke’s service as a volunteer fireman, his family suggests memorial donations be made to your local fire department.