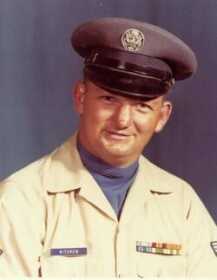 James “Jim” Withrow beloved husband, father, grandfather and friend to many passed away suddenly on September 25, 2020 in Mountain Home, Idaho.

James was born on January 29, 1943 in Akron, Ohio to James and Mary Louise (Upton) Withrow. He enlisted in the Air force and traveled to Thailand where he met his wife Noy. In 1972 James and Noy were married in Thailand. After retiring from the Air Force, he attended Boise State University, and later worked for Mountain Home Water Dept. At night he would go to work installing heating and air conditioning units. Never one to stay still, after retirement he would stay busy working on projects. Jim loved to go fishing and was always there to provide a helping hand. If he was not keeping busy you could find him napping outside on the patio swing.

Jim is survived by his wife Noy, sons Jerry and Suthep, and granddaughter Katerina.

Service will be held at the Emmanuel Baptist Church September 30, 2020 with a viewing at 10 A.M., memorial at 12 P.M. Inurnment to be held at a later date at the Idaho Veterans Cemetery. Arrangements by Rost Funeral Home, McMurtrey Chapel.