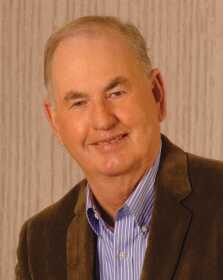 James John Howard 77, passed away peacefully, Sunday, July 12, 2020, at home after a valiant 10 week battle with cancer. An outdoor memorial will be conducted at Hesitation Airport in Oreana, Idaho, at a later date due to Covid-19.

James was born March 29, 1943, in Hailey, Idaho, the youngest of three brothers to Leonard and Thelma Howard. Growing up in Carey, Idaho, his brothers Louis and Lee were an integral part of Jim’s early years. Together, they worked on the family farm as young boys; Jim’s job at 6 years old was to feed the bum lambs. The boys became expert hunters bringing home deer & sage hens for the family’s dinner. Family friends, Ernest Hemingway & Gary Cooper would join the boys & their father on hunting excursions, later stopping by to enjoy dinner with the family.

A lifelong aviation enthusiast, Jim took his first flight, at 8 years old, with Pete Cenarrusa, in Carey, Idaho. When Jim was 13, the Howards moved to Boise, Idaho, where Jim hung out at the airport looking & begging for rides, from backcountry pilots. After becoming a certified pilot in 1969 he bought his J-3 cub. He then built & maintained several planes over his lifetime. 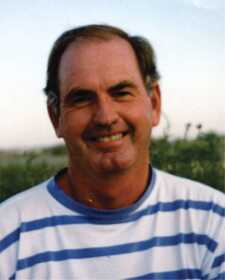 In 1961, Jim graduated from Boise High School. During high school, he was a pitcher on the baseball team, he snow skied in the winter & water skied in the summer, he also became a certified diver. At this time he developed a lifelong interest in electronics & ham radio operation. He & his father restored many antique cars some of which were a Model T and a 1928 Pierce-Arrow, which he sold to the Harrah Collection to help fund his college education.

Jim attended Boise Jr. College & then went on to BYU, where he graduated with a Civil Engineering degree 4 years later. During his college years, he worked at a catering company during the school year & painted air markers on buildings for the State of Idaho in the summer. He & Vickie Stanley were married & after graduation moved to Chubbuck, Id. While living in Chubbuck, he worked for the Idaho Highway Department. Jim & Vickie had 3 wonderful children Kristine, Heidi & Eric, who he adored.

The family then moved to Boise, where Jim started his business, JJ Howard Engineering. Jim’s firm was responsible for designing many subdivisions throughout the Treasure Valley & Mountain Home area. Jim personally designed a big portion of the Boise Green Belt & Kathryn Albertson Park.

After several years, Jim & Vickie were divorced. Jim was always a loving & supportive father to all the children. Here are some of the things his daughter Heidi said they learned from their Dad: Educating yourself about something you’re interested in, is never a chore. If you haven’t done something before, it doesn’t mean you can’t accomplish it. It means you may have a learning curve, keep going. Talk & get to know strangers. How to bargain in a third world country. Pay your own way. Follow your own path. Life can be an adventure. Treat others with respect. And never let your car run out of oil!

In 2001, Jim & Christine McEwen were married in Jamaica. They had many adventures, some of which included traveling to Costa Rica, Peru, Mexico, China & the British Isles. A highlight trip was when Jim & Chris flew their Cessna from Idaho to the Baja in Mexico. Always up for a challenge, together Jim & Chris built their off the grid cabin in the Owyhee’s, along with an airport to accommodate Jim & his friends' passion of flying.

One of the founding members of the Top Fun Flyers, there Jim formed many lifelong friendships. One of those friends recently renovated an RV12, Jim had purchased. To Jim’s great delight, this friend took him on one last flight over the Owyhee’s, in the RV12. Jim said, ”Flying that plane was a thrill!”

Jim always had a loving & caring spirit, along with intelligence and creativity. His sense of humor was a hallmark of his personality, he had an optimistic & happy outlook & everyone he met became his friend. As Jim recently said to a friend, “I’ll see you on the other side & I’ll put in a good word for you!” We love & will miss this dynamic man.

Direction under Bowman’s Funeral. Memorials may be made to the Top Fun Flyers or Joe’s Kids.