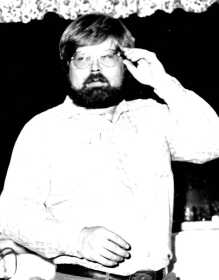 Lyle was born February 11, 1956, in Mountain Home as the 100th baby born in the Elmore Hospital. Lyle was a graduate of the MHHS Class of1974, and married his high school sweetheart.

Throughout is his life Lyle only worked hard, doing jobs that he loved at places that felt like a family.

Having a game warden as a grandfather he learned from an early age to have a deep love for hunting and fishing. So naturally the outdoors became his second home. There isn’t a secret spot or fishing hole in the State of Idaho that Lyle hasn’t hunted or fished. He loved his beat up old truck, his fishing boat, and his hunting dogs, but most of all he treasured his friends and family. Lyle was a people person where you couldn’t be a stranger. He told the best stories till your guts hurt from laughter. He sang karaoke with his heart and fried chicken made him smile with joy. He lived his life to the fullest everyday and in his later years found an interest in nature and animal photography, but still had time for fishing with his buddies. After a stroke, Lyle spent his last years in Rexburg dealing with illness and diabetes where he finally found peace from the pain he was in. Lyle is survived by his mother Sherin Olson of Mtn Home, brother Mark and his wife Diane Olson of Soda Springs, daughter Jamie Olson of Meridian, son James Olson and their mother Diana Olson both of Mtn Home . He is also survived by his grandchildren Katie, Tyler and Hailey Smith of Meridian, and Jenisys Sarrett of Texas. He was preceded in death by father Larry Olson, grandparents Rachel and Lee Black, and granddaughter Riley Ann Smith.