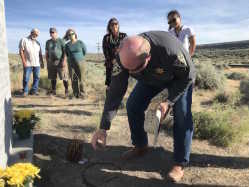 The discovery of gold first attracted Chinese miners to Idaho in the 1860s. In the decades that followed, thousands of Chinese men worked to build America’s transcontinental railroad, including the Oregon Short Line across Southern Idaho that later became the Union Pacific. Working conditions were notoriously poor. Chinese immigrants were overworked, underpaid and discriminated against....