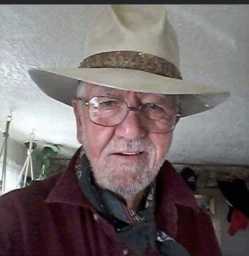 Jerry was born to Rae and Betty Padgett September 24, 1941, in Boise Idaho. Jerry was raised in Boise with his mother, step father Paul Jolley and one sister Tonya. In 1971, Jerry met and married Marilyn (Silva) Padgett. They were married for a short time, but had three children together, twin daughters, Michael Diann (Padgett) Kumaus and Mary Michelle Padgett, and one son Kerry Frank Padgett.

Jerry was a carpenter by trade, whether that be laying carpet or building homes. Jerry was also an avid outdoorsman and a wanderer of sorts moving all over the west until he settled in Mountain Home, Idaho in the late 80’s. Jerry enjoyed hunting, fishing, and camping more than anything. He spent many summers at Black Sands in his camper with his trusted companion JP.

One of his fondest memories was running the Prairie Store. He did this for many years and was still telling these stories until his passing.

Nobody was a stranger to Jerry he had many friends and made new friends everywhere he went. He was very optimistic and positive, always looking at the bright side.

Jerry was preceded in death by his parents and his daughter Mary Michelle.

Jerry is survived by his two children Michael and Kerry, two granddaughters Gracee and Justynn, his sister Tanya, one niece Jessica and one nephew Jeremy.

A Celebration of Jerry's Life will be held Sunday, June 28, 2020, at Jovial Jerry's in Mountain Home. Arrangements are under the care of Serenity Funeral Home in Twin Falls.