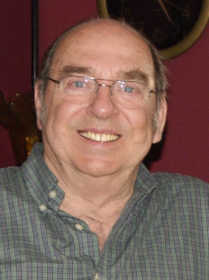 He was born on February 16, 1945 in Modesto, CA, to parents Clyde and Hazel (Leith) Stayton, who preceded him in death.

Steve graduated from Marion High School In Marion, Kansas, in 1963. After graduation he served in the U.S. Navy until he was honorably discharged in 1967. He served two tours of duty in Vietnam during the Vietnam War as a member of the Seabees. He received a Vietnam Service Medal with Fleet Marine Force Combat Insignia, a National Defense Service Medal, and a Vietnam Campaign Medal with Device.

A memorial and celebration of Steve’s life will be announced at a later date.