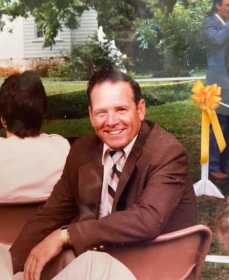 Marvin “Howard” McKinney, age 76 of Hammett, passed away Sunday, March 29, 2020 after a courageous battle with cancer. Due to the current world health circumstances a celebration of his wonderful life will be at a later date. Cremation was under the care of Rost Funeral Home, McMurtrey Chapel.

Howard was born on March 31, 1943 in Powhatan County, Virginia to Arthur Fay and Hattie Pearl McKinney. He was a devoted and loving husband, father, grandfather, brother, and friend. He never met a stranger. 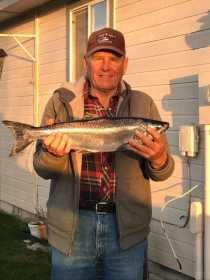 Howard married Audrey Lail on December 23, 1961 and they just celebrated 58 wonderful years of marriage. Howard and Audrey lived in Virginia, Florida, North Carolina, South Carolina and moved to Pine, Idaho in 1992 where they purchased Deer Creek Lodge, on Anderson Ranch Reservoir. He retired to Hammett in 2002. Howard was a man of many trades and known for his love of fishing, animals, and gardening. He is most known for his love of family and friends as well as sharing the best stories. Howard was a very generous and caring person. Howard will be deeply missed by his family, friends, and community.