69 dogs rescued from home given to Idaho Humane Society 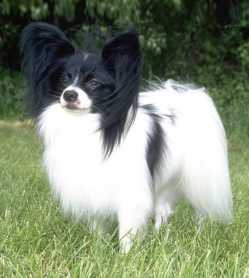 MOUNTAIN HOME, Idaho (AP) — The Idaho Humane Society has received dozens of dogs and three cats after the animals were rescued from a hoarding situation in the small city of Mountain Home.

A judge has ordered that the pets be forfeited to the humane society instead of requiring the owner to pay for the cost of their care until a criminal case was complete, KTVB-TV reported.

The judge’s order came about three months after 55 toy breed Papillons were seized from cramped and unsanitary conditions in a 700-square-foot (65-square-meter) home, authorities said. Many of the dogs were pregnant and have since given birth in the shelter, increasing the total to 69.

She has pleaded not guilty and a trial is scheduled to begin in May on the animal cruelty charge. A phone message seeking comment from the Elmore County Public Defender’s office was not immediately returned, and a phone number for Schweikert could not be found.

The Idaho Humane Society has spent thousands of dollars on food, shelter, vaccinations and medical care for the dogs and cats, shelter officials said.

They will be put up for adoption after they are spayed and neutered and other medical procedures are completed, officials said.

Adoptions are currently being considered through applications and by appointments only.