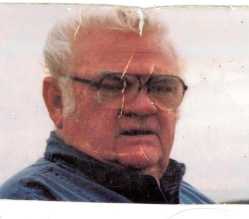 Robert Burl Bartee of Mountain Home passed away on March 14, 2020 at his home. A private family graveside service will be held at Mountain View Cemetery. Arrangements are under the care of Rost Funeral Home, McMurtrey Chapel.

He was born in Shep, Texas on August 19, 1935 and graduated from high school in Shep. He entered the USAF on February 5 of 1954. Robert retired as a Master Sergeant on March 1, 1974 at Travis AFB, California after serving in the USAF for 20 years as an Electronic Technician on the Automatic FLT Control System, and a Field Training Detachment Instructor, with service across the US, Japan, and Iceland.

Robert married Delma Rae Fox of Lenoir, North Carolina on October 1, 1960. After retiring from the Air Force, Robert and Delma asked each of their kids, of all the places they had lived during his military career, which place felt most like home. All of them individually answered, Mountain Home. So Robert and Delma moved the family back to Mountain Home. He worked for the US Postal Service from November 1981 to January 1997 in Boise, as the maintenance supervisor and attended Boise State University studying accounting. He was a licensed minister and pastored both in Mountain Home and Boise for the Pentecostal Church of God for more than 20 years.

Robert married Karen Zatalokin of Muskegon, Michigan on July 22, 1995 in Mountain Home. He is survived by his wife Karen and his step-children; Gordon and Debra Stevens and their daughters Asya, Alex and Jordan, Lance and Sharon Buttermore and his children Lance Jr, wife Melissa and their four children, and Jessie and Hunter; Rochelle Goins and sons Brando, Tanner and Connor; Nicholas and Ashley Zatalokin and sons Kaden and Kole.

Robert loved the outdoors, fishing, camping, the mountains and lakes around Mountain Home, watching the local wildlife, and he enjoyed hunting with his son and son-in-laws. He loved his family and prayed for them consistently. Most of all, Robert loved his Lord and Savior Jesus Christ will all his heart, all his mind, and all his soul. 2 Timothy 4:7-8 “I have fought the good fight, I have finished the race, I have kept the faith. Now there is in store for me the crown of righteousness, which the Lord, the righteous judge, will award to me on that day – and no