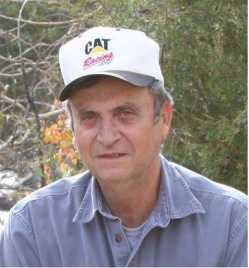 Randy Ramsey of Mountain Home, passed away unexpectedly on March 10, 2020 at a Boise hospital after a brief illness. Randy was born on April 4, 1950 in Boise, to Albert and Darlene Ramsey. He attended Mountain Home High School and graduated in 1969. Then it was off to Boise State College for a short time prior to joining the Army Reserves. After basic training he came back home to work while completing a six-year enlistment in the Army Reserves.

Randy met Linda while at BSC and later married in November of 1971. Their daughter, Sandy, was born in 1981. Randy had a passion for the outdoors, so his career in trucking was a natural fit. He started driving for his uncle at Gem State Trucking hauling livestock. Over the years he also worked for Simplot Livestock, Mountain States Logging and Redi Mix. Then he and his uncle “Red” Ramsey began hauling livestock together as Ramsey Trucking. After this he worked for Idaho Peterbilt then Kenworth in Caldwell until his retirement in 2012.

Randy had a unique sense of humor and a twinkle in his eye. He had a kind heart and would give you the shirt off his back. He enjoyed retirement getting to spend time shooting, riding 4 wheelers or coming up with projects in his shop. Anyone that knew him, knew of his love for World War II history. In 2010 the family was able to travel to Europe and see some major battle sites in Germany and Belgium. In 2012 a visit to Pearl Harbor and the battleship Missouri was a true highlight. More recently you could catch him several times a week having coffee with the guys.

Services will be held at 11:00am on March 20th, at the Bruneau Cemetery with lunch to follow at the Bruneau Legion Hall. Cremation was under the care of Rost Funeral Home, McMurtrey Chapel.