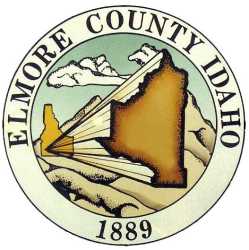 The Board of County Commissioners held a quorum for their regular meeting Friday, January 24th at 9 a.m., Chairman Hofer was unavailable for the first part of the day. The morning began with a series of executive sessions over indigent applications and three hearings of reconsideration, followed by updates from the county department heads. A special visit and update was given to the BOCC from Courtney Lewis, Director of Economic Development for the city of Mountain Home about ongoing projects in the city.

In between the departmental updates, the BOCC took care of regular business: extending leases, such as the ag lease of county property to the Lords next to the transfer station for grazing rights; and the garbage lease to the landlord for the dumpster site in Hammett for another year.

The city of Mountain Home jumped in to help the county with a project on American Legion when county equipment was busy with snow removal in the mountains. The city used their grader and bladed out the gravel that the county had purchased. Gene Palmer, Street Superintendent for the city of Mountain Home, said they have a pretty good crew of guys and they knocked it out in a few hours. Palmer said the city does things with the highway district and the state where they plan some things together to save the taxpayer money and make projects more efficient.

“It’s really nice to do stuff like that and be on the same page,” said Palmer in a follow-up call. The BOCC thanked Gene Palmer and Mayor Rich Sykes for being team players.For the full story, pick up a copy of the Mountain Home News or click on this link to subscribe to the newspaper's online edition.