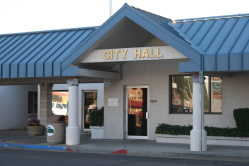 Councilman Matt Bundy was the first to publicly thank Schipani and Bryant for all of the hard work they put in over the years, and for the help they offered him when he first began serving as a councilman. He told them they are leaving a legacy with the Downtown Revitalization Project.

Mayor Rich Sykes said that he's had the most diverse group of councilman, ever, all in one term. He credits the success of the city in the four short-years of this last term to the independent thinkers that have served on the board. Even though they often didn't agree, they continued to think "outside the box" and find the best way to serve the citizens of Mountain Home. Mayor Sykes said that both Schipani and Bryant "have exemplified that."