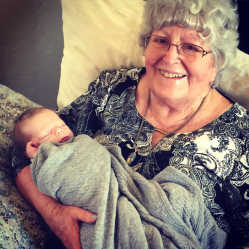 Mona Faye Curtis passed away at a Boise hospital on December 20, 2019. She was 82 years old. Mona was born to Opal and James Johnson on March 25, 1937, in Smithland Iowa. She was the 2nd daughter born to them and one of four children. Her family moved to Reno, Nevada while she was still a young girl. Mona and her younger brother William used to romp and play in what was a small town at the time, before Reno became the large city that it is today.

Mona met the love of her life and future husband, Burton Curtis, at a bowling alley in Reno and they were later married in a small ceremony at the courthouse on December 29, 1957. Mona and her family relocated to Belton, Missouri in the late 60s when Burton was stationed at Richards-Gebaur Air Force Base. In January of 1970, the Curtis’s moved again to Mountain Home Air Force Base in Idaho.

One of her great joys was the tour they had in Europe towards the end of Burton’s service. Mona loved to travel and see historic places and they spent a lot of time touring old castles and seeing the sites in England, Scotland and France.

Mona and Burton had three children, William (Bill) Burton Curtis, Jamie Maureen Curtis (Sloan), and Mark Karl Curtis. She was a devoted wife and stay-at-home mom while her kids were little but then did have some part time jobs to keep her busy when they were grown. She worked at the Commissary on Mountain Home Air Force Base for a time and made some lasting friendships there.

She was a very giving woman who always put others before herself, and was always there to help family and friends. She loved to read and was intrigued by true crime and detective shows, as well as those involving history, historical figures, and ghost stories. She was never one to shy away from voicing her opinion on something and was fiercely independent. She loved brightly decorated sweaters, turquoise jewelry, country and bluegrass music, and shopping on QVC. She loved Christmas, and sadly just missed the last one. But we know that she is happy now to be once again joined with her husband Burton in Heaven. She will be greatly missed and remembered by all whose lives she touched.

Mona was preceded in death by her mother, Opal; father, James; two brothers, William and James; grandparents, some cousins, her nephew Jimmy and her husband Burton. She is survived by her three children, Bill (Lisa), Jamie (Terry) and Mark (Cathy), eight grandchildren, and 13 great grandchildren.

A gathering to remember Mona will be announced at a later time. Donations can be made in her name to Alzheimer’s Disease Research Center.