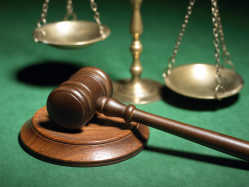 Isaiah Bell appeared for his hearing in Case #2819, where he initially faced 12 charges of Rape, where the victim is under the age of 16 and the perpetrator is 18 or older.

These charges were filed in September of 2019. On Dec. 16, he pled guilty to one count and will now face sentencing before Judge Cawthon on Feb. 24.

Donald Schultz appeared before Judge Epis on Dec. 20, for the oral decision on his preliminary hearing in Case #2052 that included 12 felony charges. Murder in the second degree was leading the list which was the result of his arrest in July 2019. This was the culmination of several months of investigation in a missing person’s case of John Michael “Mike” Looney.