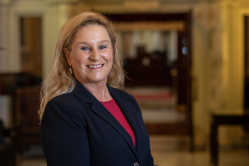 “Having worked and lived in the district for most of my life, I understand the needs of rural Idaho. I’ll will work to make continued gains economically through agriculture, ranching and small businesses,” said Brenda Richards. “As Senator, I’ll champion the conservative values and ideals that make Idaho great.”

Joining Brenda’s team as Campaign Treasurer is Donna Bennett who said, “I’ve seen first-hand the hard work Brenda puts into everything. She is very accomplished in both her career and family life. Brenda will make an excellent addition to the State Senate and serve the district with respect and dignity”.