I'll be leaving for the cemetery in a few hours to participate in the lying of the wreaths for Veterans Day.  But last night we gathered for a time-honored tradition that goes back a lot further than that.

Yesterday was the 236th anniversary of the U.S. Marine Corps, and every November 10th, Marines (new and old) EVERYWHERE gather someplace to celebrate the birthday.  If there are only 2 or 3 living in the smallest of towns, they'll get together at the local coffee shop on the 10th.

There was a time here in Mountain Home when there were only 6 of us (who we KNEW of), and we'd meet at the old Scrubby's Restaurant. 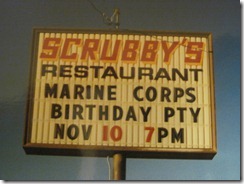 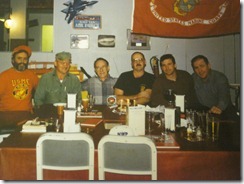 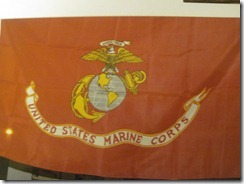 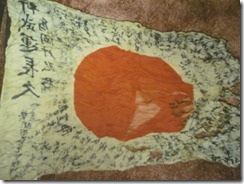 At this particular birthday, one of the guys brought a flag his uncle took off a dead Jap on Iwo Jima.  What a piece of history THAT was! 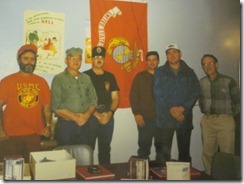 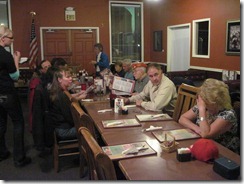 Well, over the NEXT 15 years, those of us still in Mountain Home are Marine Corps League members, and include the wives and kids now at our annual birthday celebrations.  We had it at A.J.'s last night. 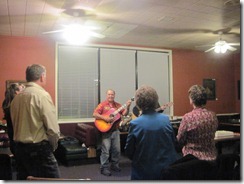 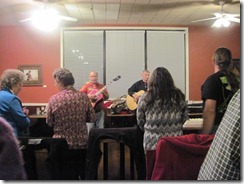 After dinner and the announcements, we all stood and sang the Marine Corps Anthem.  My old buddy Irv Levine was our Guest of Honor, and he & I provided the music. 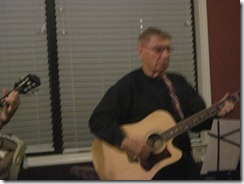 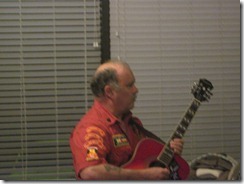 Irv, an old F-105 fighter pilot who had flown missions at Khe Sanh, sang Marine songs that he wrote.  I sang the "Ballad of Ira Hayes and finished up with a patriotic instrumental medley.   (Last night was my first time in public since the hand surgery---it felt good!) 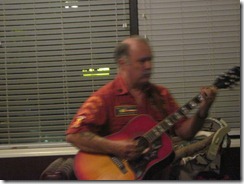 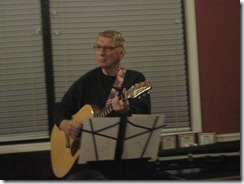 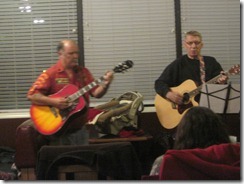 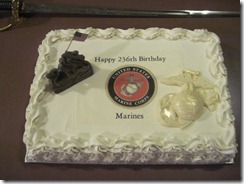 A good time was had by all, and then it was time to cut the cake. 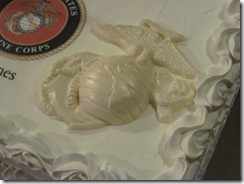 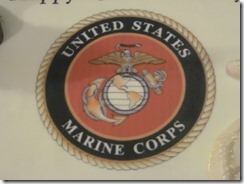 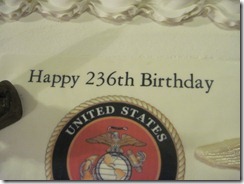 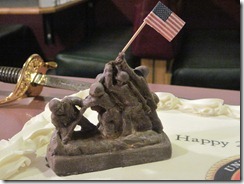 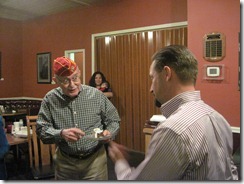 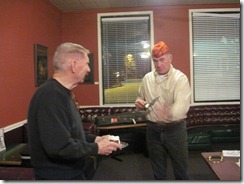 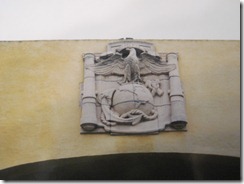 This is not a put-down, just a fact.......but I'd bet ya that most servicemen from the other branches don't know the YEAR their branch was founded, let alone the actual date.....without having to look it up first, and I doubt that anyone else but US gets together every year to celebrate the birthday!

It's more than just a branch of the service..........it's a brotherhood, and one I've always been proud to be a part of.