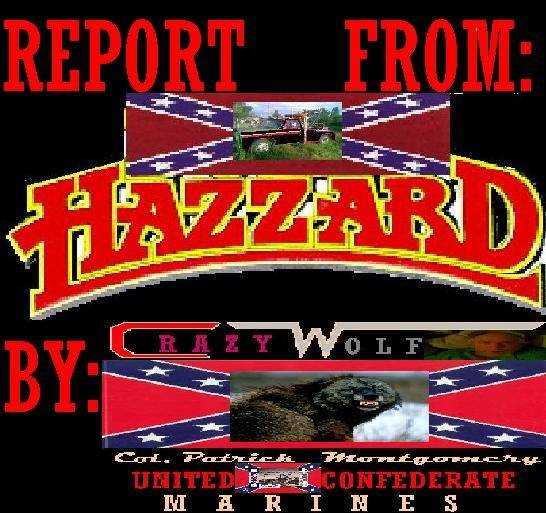 Here it is 04:39 hours, I am wake and blogging when I should be asleep dreaming of making sugar with Carrie Underwood in Hazzard somewhere.

Some how I some very small critter crawled inside my ear and made me get some sort of inner ear infection, so antibiotics and fluids.

When I started becoming even remotely involved in radio it was two years before my parents decided to throw in the towel and retire from Hill Air Force Base Utah. Although I thought moving here to Idaho was a big boo-boo on their point, it was their dream so being the age I was then did not have a choice so here I came

It took nearly 8 years to figure out that being a radio star in Hagerman at least immediately was just not a career choice that would render fruit. So I took my interests between law enforcement, and trucking blended the two together and in 1978 bought my Lexi from Valley Towing & Radiator of Twin Falls and as started then Highway Hooker Towing was ready to be going towing.

There ecame quite a few of the LDS/LSD conservatives both at the state level and elsewhere that the name I had chosen for my tow service was way a bit out there. So I tried several, but they just did not fit.

Then in 1978 3 city types came calling to our farm just outside of Hagerman that would forever change my life.

Mom being always gracious to company cooked a big dinner. On the deck porch as we smoked the pipes and chewed our snuff, those three city guys related what they did or a living, and the idea of a TV show they were working on from a pilot movie called the MoonRunners.

Sitting in our farm shop was this old 1969 Chevy Caprice two door sedan that I had built up, using Deere orange paint and had named after a confederate general by the name of General Jackson.

A year later or so came out a TV show, called The Dukes-of-Hazzard.

Mom, myself kept in close contact, and many of my screenplay ideas became episodes. One of my distant cousins in California Richie Montgomery became the radio voice for fictional WHOGG AM 1090 Hazzard.

Over the years My voice, and media visions have been copied so many times that it sometimes hurts.

Many of which should be paying me royalties.

When I got a weekend gig at then KEEP AM 1450 in Twin Falls I began voicing really radical opinion, as well as running hard driving southern based rock and kountryalong with the top 40 pop music that was normal fare on KEEP. A year after I sat down with Dave Capps then head of KEEP and told him his new FM would be a great country music station. He told me it'd never work. Oh really? 3 years after KEZJ signed on the air as a pop kountry station and the rest again is history.

My style of radio was in between, three on air personalities that was popular. WolfMan Jack who I met at an National Association of Broadcasters convention in Lst Wages Nevada, Dr. Demento who I never did meet but talked to a bunch on the phone, and long after , Howard Stern.

However long before Stern and between WolfMan Jack I was doing what is termed edgy radio. Many liked it but many feared it, hey this kind of media might encourage independent thought. No room for that in a very ultra conservative community. Or so they said. Then Phil Gray, Kelly Carlson, and Doug Maughn now a head cheese at CSI,created a radio station in Twin Falls with the call letters KMTW 96.1. Through my dads farm truck business I bought 2 hours of air time, and instead of the usual radio infomercial, did the 2 hours as a southern rock based radio show for over the road truckers.

By 1980 Hazzard came calling and a few of us who knew the truth behind much of that as well as fans and kountry gearheads got together to build trick truks, street machines (cars) and after the 1981 Salt Lake City AutoRama where albeit best conservative hardtop award was honored myself and or crew in Hagerman with our version of ye ole General Lee, Gen Jackson stayed home. But it was then I knew I sure as heck did not look like Bo nor Luke Duke but in both story line for TV as well as image I did seem very much like Crazy Cooter.

In March of 1982 in Hagerman across from Cady Auto, and the Chevron and next to Hagerman Hardware, that big 3 bay shop opened as the Hazzard County Garage.

But how to get those who love to build and drive radical rides, organize them.

So between a bunch of newspaper stories and so on in April 1982 the Hazzard County Knytes was born but not to the level I knew it could be. And as luck would have it, my birthday that year and month I was doing some heavy driving in Hagerman and between Mom & Dad wanting to teach me a lesson, and all I spent that summer in the Gooding County Jail.

By September of 1982 I knew what we started could be something great but did not realize how solid until my Mom passed away in 1983.

When the entire cast of the Dukes showed up at my moms funeral, there in Hagerman I knew the TV show was much more to both cast and fans than just a TV show. I gave my word after that , that I would never , ever let the flame of Hazzard County die.

A year or so after moved to Boise, then after a mini skirt burned my heart moved to Pocatello, then another honey stepped on my soul, so moved to Salt Lake City, then got tired of LDS crap, moved back to Twin Falls, went to diesel school at BSU in Nampa, then moved to Rupert, met a honey and moved from Rupert to Utah where she passed away in a car accident, and finally after many runs moved back here to Glenns Ferry.

But al along my nose and mouth has been in media and furthering the cause of Hazzard County.

Well my ear still hurts need to lay down, talk at ya'll l8r